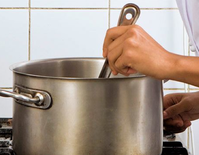 Every four years it is the same old thing. If a republican gets in as president then the democrats protest, fear their rights are going to be taken away….blah blah blah. Should a democrat get elected as president then the Christian constituency fear so and so is the antichrist and that we ought to be ready for Christs return. This same thing has been going on since the start of our republic. I worked in the Christian bookstore scene for many years and saw the garbage books that came out proving my point.

If you do your world history you would see this played out over and over again throughout time. Think of Christians living during the time of Nero in 54 AD when he ruled for 14 years. He executed his biological mother, killed Christians and more. Fast forward to more modern times when Adolf Hitler was on the worlds stage. Can you imagine what Christians going through that must have thought. Every generation of Christians seem to have that "this is it! He is coming back" moment. I don't doubt Christ's return in fact I anxiously await it. For real though...this has been how Christians have rolled regarding politics for ions.

Now I am not downplaying current events; especially todays escapades at the nations capital building but I think it would do Christians well to settle down. There is a lot of ignorance coming out of “Christians” mouths and quite honestly it is embarrassing. Christian nationalism is a dangerous thing because more times than not people are worshiping the leadership than they are God.

I would urge people to slow down and think about what venom they are putting out on social media platforms. Despite all we are going through Christians are still told to love one another. I don’t know that that can be accomplished when we go off half-cocked behind a keyboard.