Day 23 of 365: Government Handouts For Church 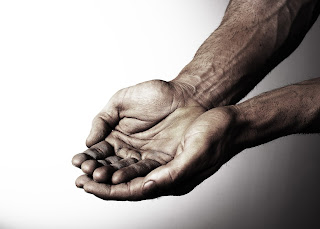 Something that many if not all churches hold near and dear to their heart is the whole “separation of church and state”. Churches all over make it clear they do not want government involvement. This is a good stance to have considering how they could potentially dictate how churches ought to run. What they can and cannot say, etc. This is why I am a bit dumbfounded once again by an email I received.

A week or two ago I received an email stating that the Payroll Protection Plan (PPP) is in effect and churches ought to apply. I have got to admit that I really struggle with churches taking advantage of this. From Joel Osteen’s church to many others….they jump all over this. Why is it that we want zero government involvement that is until they start handing out funds? It just doesn’t seem right.

Years ago, I took my family out west to see Mt. Rushmore. While driving around out there I remembered that the Crazy Horse monument was in that general vicinity as well. It was thrilling to see this larger than life creation. After walking through the store and hearing the story one thing stood out to me. This monument could have been finished a long time ago had they accepted the multiple offers from government to fund it. No matter how many times they offered to finance it, this proud nation decided to turn it down. This is not surprising given the long history native Americans have with the government.

That whole ordeal really got me thinking about the church. I don’t believe it is right for a church as a whole to accept this handout that comes with stipulations. Personally I know of a few churches semi-locally that did get this loan. Looking at their situation I understand why. One of the churches broke ground on their new church during this time of COVID which personally I think is embarrassing. Rightfully so this has been difficult on them. Is this a reason to throw morals and standards out the window however? I personally do not think so.

It is my belief that government can keep their handouts to churches. Many times biblically and ethically we will not see eye to eye. In fact their morals (or the lack thereof) and a Bible based church rarely line-up. At the church I pastor which falls in the demographic of the average sized church made it and continues to make it through this age of more people attending virtual church than in person. I think there needs to be a wake-up call for many churches so that they realize speaking in music terms, they don’t sell their soul to the devil. That’s just my opinion though…what do you think?