Day 13 of 365: Christian Music and the Cancel Culture 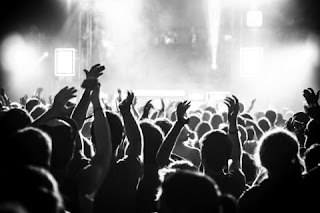 In my opinion this cancel culture has gotten out of control in 2020 and it is now trickling into 2021. This is true for conservatives and liberals, Christians and non-Christians. I mean come on…back in the day if Christians did not want to support something they would simply boycott it. I am looking at you Disney! Yes I am being facetious.

This is a slippery slope though and since I have enjoyed Christian music for a long time, I thought I would make a statement about this very thing.

When a Christian author begins to “go off the rails” it is evident to see because we read it in their books, articles, blogs, etc. At that point the decision is made by the reader if they are going to keep following this authors writings or not. This is nothing new with authors like Rob Bell, Tony Campolo and more.

What many Christians would be surprised to know is what a lot of Christian artists believe. Admittedly many are not vocal about their stance on current events because they want to sell records. You can find articles here and there where their stance is obvious.

At this point let me clarify, I personally believe this cancel culture is not good. Just because we don’t agree with something someone else is saying does not mean they should be cancelled. A few decades back many people would simply change the channel if there was something they did not agree with. It's that simple...don't buy their product if you don't approve of their political stance or message.

My concern is that this is a slippery slope because people have become more and more fanatical about this disturbing trend. Allow me to explain this further.

Christians can be quick to move on from those they don’t agree with. As someone that has worked in the Christian music industry please allow me to humbly submit that it is naive to think that just because they are a Christian musician; it does not necessarily mean they have the same viewpoint of many evangelicals...politically or lifestyle speaking. Fact is there really are no more Christian owned record labels. They are predominantly owned by secular businesses that know how to market to Christians.

Mike Donehey who is the front man for Tenth Avenue North “used to candidly address political issues on his Tumblr, Seized By A Great Affection. In 2015, he used it to call for tolerance and understanding in the wake of the Supreme Court’s legalization of gay marriage ("Until you've sat down with some gay couples and listened to their stories, please don't just start tweeting hateful, judgmental things"). And in January of this year, he re-tweeted an “incredibly articulate little blog” by singer-songwriter Sufjan Stevens (“a guy I really look up to as an artist”), about the danger of "applying the word 'Christian' as an adjective to a nation, because there are things a nation is going to do that are inherently Christian, and things that aren’t.” That quote was taken from Billboard Magazine.

In that Billboard Magazine interview and I quote “Donehey still uses social media to occasionally touch on political subjects, including abortion (the day after the election, he tweeted, “I dream of Pro-Life signs that no longer read, "Abortion is Murder," but instead, read, "I will adopt your child"), and he called on Trump to “please, embrace humility.” As a Christian artist, Donehey says he does "feel the need to at least address what the culture is up in arms about.”

According to this Billboard Magazine article “Donehey’s friend Matt Maher — a Nashville-based, Grammy-nominated Christian artist who won Songwriter of the Year at the 2015 GMA Dove Awards — is a practicing Catholic. He has also protested the travel ban (tweeting that it "wounds the heart of God"), and decried Trump's assault on journalistic institutions (tweeting on Feb. 24, “Either we believe in freedom of the press or we don't"). Last year, he criticized Trump on his personal blog during the Republican primary — but shortly after he decided to back off. "I was ripping on Trump pretty hard because it was entertaining,” Maher says. “I was just amazed that this person was leading in the polls. And then I stopped and realized that he's tapping into a sense of grievance and woundedness. I would say things, and people would be like, 'Stop it. I love your music, just stop talking about politics.’"

I say all of that to say be careful Christians. Go ahead and weed out what you want to but understand it is a rabbit hole. A few people have asked me why I am opinionated about Christian music and this is why. I (and many others) know to much about it. The truth in many of these songs are undeniably true. A lot of songs are theological train wrecks as well. I am however reminded of the quote that says “All truth is God’s truth” and that does not mean the song in and of itself is bad. What I am saying is that you can love the song but it’s sometimes difficult to forget the source and what they stand for. One might be surprised at how many Christian artists are living alternative lifestyles….but I digress. I don’t want to ruffle feathers to much here.

Personally? This is what I love about the body of Christ. Though different we can all still be as one IF AND ONLY IF all parties are mature and can put differences aside for the cause of Christ.