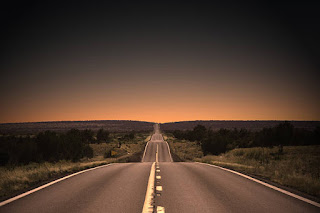 I have been finding it more and more important to share the story of Radiant Fellowship. A little church located in Waupaca, WI. A church that had a sketchy start only to be re-booted about a year and a half after it launched. This little niche church started in someone’s living room and ultimately launched publicly in 2004 in the Cupola room at the Ramada Hotel in Waupaca, WI. Today Radiant Fellowship is located at 420 N. Harrison St. in Waupaca, WI. Please keep in mind that this narrative begins with me coming on staff at the early part of 2004.

It was October 2003 when things unraveled quickly for Tracy and I in Milwaukee. I will spare the details as I am sure you can find them somewhere in my blog. After much prayer, contemplating and point blank advice from the interim pastor I decided to resign my position as associate/youth pastor at that church. I was allowed to attend one board meeting during my 8 years at that church. The last message I spoke there had to be approved by the board. Upon my resignation, I was asked to be the youth pastor at three different churches. One being at an A/G church in Germantown, WI another in Olathe, KS and of course, Waupaca. My wife and I decided on Waupaca since it was a new church and I would have a lot of freedom to do ministry.

After accepting the position of youth pastor at Radiant Fellowship in the early part of 2004, this new congregation had its first Christmas service in December of 2013 inside the building that we now own. It was a trial run and apparently went well. I was still in Milwaukee for our Christmas Eve service. The church began meeting prior to that inside a home for quite some time.

During the time of me being the youth pastor at Radiant Fellowship, my wife and I drove up to Waupaca each Sunday to attend church and to hold youth group at night. There were some weeks we would come up on Saturday and have to find our own housing. For some reason the kids pastor got to use the church funds to have a hotel room each week but Tracy and I were left to our own devices. We would attend church on Sunday morning and during those winter months we would sit in our car in the Ramada parking lot and read, etc. for hours until it was time for church in the evening since we met in someones home. No one offered for us to come over to their place to hang out from the time church let out until the evening. It wasn’t until early spring that my cousin offered for us to use her cabin just 5 miles outside of town. That was very much appreciated.

Before moving to Waupaca in May of 2004 the youth group was growing along with the kids program run by our then kids pastor. The founding pastor of Radiant Fellowship was doing the best he could while fulfilling his duties in his other full time capacity. Many of his duties fell on me since I was willing to help him. I realize it should have been a red flag when the first Sunday we came up, he asked me to lead worship. It felt oddly like the church I just left where the youth pastor was asked to wear many hats leaving me to question, just what does the lead pastor do anyway?

In May of 2004 Tracy and I purchased our first home in Waupaca. It was then I could really sink my time and talents into the youth ministry. God began to grow the youth program exponentially through our ongoing outreaches. We saw the youth group go from 5 to 70 through our outreach events such as dodgeball, basketball, etc. Once again I found myself wearing many hats just like the last church. When the church needed a new paint job, it was I that sprayed the ceiling, painted the walls, etc. There were red flags everywhere for me. A shed in the backyard of the church needed to be torn down and somehow I was shanghai’d into doing that. The church was growing as well until sometime around June of 2005 when we were given bad news about our then lead pastor. Through a series of unfortunate events for the pastor, I was asked to become the interim pastor of Radiant Fellowship. In August of 2005 I was appointed by the Assemblies of God the new pastor of Radiant Fellowship. Growing up in a church where things were celebrated it was a bit odd for me that the then leadership did not do anything special for my first Sunday there. My first Sunday was met with disgruntled people and a church that was severely wounded. Tracy and I re-started Radiant Fellowship with 8 people a mortgage and a passion to see this church succeed. My first official Sunday was lack luster. I remember vividly me taking Tracy out to lunch and paying for it saying “yay us!”

During the time of being the pastor at Radiant Fellowship it should be understood that I never once attended a board meeting in the 8 years of being a youth pastor in Milwaukee. Wait, I take that back. I was allowed or rather was asked to attend one in the fall of 2003 only for the pastor to berate me with the board just sitting there. With no mentoring or teaching on how to be a lead pastor of a church…here I was in this new position in Waupaca. Radiant Fellowship was being supplemented by the Assembly of God district office and I was asked to attend a “church planters boot camp”. That decision confused me quite a bit since I did not plant the church but rather was asked to pastor it. Nonetheless I attended this class in Minneapolis and another in Green Lake. When I came back from these two events I was ready to finally hit the ground running. Radiant Fellowship was blessed to have a good leadership team at the time but sadly one of the first points of business I had to do was dismiss our kids pastor due to various reasons.

As we progressed through the years 2009 brought with it one of our biggest changes when we hired a second music director after switching from our last one that did a good job. Once again we saw good growth as a result of this. Unfortunately with the growth we began stretching ourselves financially. We eventually got to the point where this little church needed to bring in about $1,800 per week to take care of salaries, utilities, etc. Each week was a struggle and with one of the appointed board members taking over the role of treasurer, it became evident this person was not qualified to do this. We were on the brink of financial ruin which left guest speakers unpaid (which later I found out about). I was not happy…in fact I was irate as it cost me some friendships. I made some changes and we have been in a good place ever since. Of course there are the weeks like any other church would cause you be bite your nails but God has always remained faithful.

This church has fought for everything it has. It wasn’t until I became the pastor that I found out this church was not a welcome sight in our city. When I found that out and how it got started in a shady kind of way, I spoke with the then pastor of First Assembly of God in Waupaca. In fact the pastor and I were next door neighbors. I suggested we do a “pulpit swap” where he would speak at Radiant Fellowship and I at First A/G. It was so healing for both churches. I will never forget, the first words I spoke when I took the stage at that church was “I am sorry”. It was such an underhanded way Radiant Fellowship started that I wanted to acknowledge that.

To this day we still fight for what we have. I will admit as a kid that grew up in a very successful A/G church in Wauwatosa, WI. I (along with many other teens back in those days) looked at Waupaca through rose petaled glasses. I thought it was a big deal to be living in the same city as the Assembly of God district office and Spencer Lake Christian Center. To be in this city meant great things ahead and perhaps even some help with ministries we wanted to get going or needed help to get going. Again, I knew nothing about being a senior pastor so all the help I could get would be welcome. Those hopes quickly faded though when I began to notice Radiant Fellowship was going to be and will probably always remain to be “that church” in this city. People had us pegged as a lot of things which were not true. My rose petaled glasses quickly came off when I realized retired A/G people moving to the area and those being hired to fulfill roles were not going to be attending either. Any help I was hoping for has and continues to be just a thought…perhaps a dream. I have my own thoughts about this but at the end of the day I get it. I was not part of a graduating class at North Central University (where all good A/G kids go) which means I have no deep ties. Sure, I was in the first graduating class of an experimental inner city Milwaukee Bible college (UBTC) but that recognition was about on par with a degree from a tech school verses a university. I could do the same thing as everyone else but was not with that “in crowd”. Instead we get a random visit from these people and usually it is met with a critique because we are different.

I have been hoping for trailblazers and those wanting to help but like the one family that recently left, they said “we are leaving because we want life groups”. I simply cannot take on another thing at this church but if people like the one I just mentioned would stick around…and help…we could have life groups.

I am so thankful how far this church has come since it’s difficult start. We are blessed with some solid people that love God and love serving. I look with great anticipation to all of the things that are in store for this church.
Posted by Bob Adams at 2:10 PM