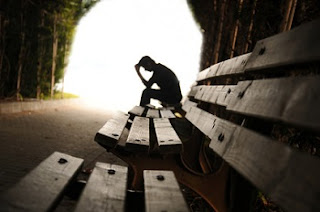 It was December of 2008 when my life got flipped over with the news that we were going to be adopting two great kids. Within two weeks of being asked if we would adopt, our son was living with us. He was only nine months old. It would be only four months later and his sister was born. After six years without children our family went from two to four in four months. It was a time of extreme excitement and yet a few months later after all of the excitement settled down, I found myself in one of the most dark/depressing places I have ever been. It wasn’t until months later that the kids social worker told me exactly what was going on. No pastor, no friend could tell me what was going on. In fact, many never really cared to ask. I recall sitting with a junior government group in my city that we were a part of. They were discussing how they could help another pastor couple help pay for some of their adoption fees because they adopted a couple foreign kids. I said “with us here and going through adoption as well, you don’t have to worry about us.” Their response was “don’t worry, we won't be discussing your adoption.” It wasn’t until this social worker lady asked me how I was doing. I told her exactly what was going on. She reassured me what I was dealing with was semi normal for men. She stated “you are mourning the loss of your freedom’. It was the male equivalent to postpartum depression. It was as if I just rolled a YAHTZEE! What an "aha moment" as I navigated these unfamiliar waters that quite honestly was not me.

Fast forward 7+ years and I find myself with those same feelings once again. Sounds stupid doesn’t it? I mean really? A newborn son that lights up a room no matter where he goes and the struggle is back on? Years prior I recall days where I would be at church snow blowing, doing maintenance, etc. and having all out pouting prayer matches with God asking him what is up with this? I would say “Some teens can go screw around and get pregnant and here Tracy and I are trying to have our own biological child to no avail.” I just didn’t see the fairness. My wife works a job with babies while I dedicate many babies and yet, we have not experienced this in our own life. These were regular conversations I had with God in my thirties.

The classic saying “His ways are not our ways” comes to mind when we found out Tracy was pregnant. You see, as a guy I would like to say I am wired differently than most guys but this is not always the case. It was spring of 2015 when I found out I had Multiple Sclerosis at the age of 41. Fast forward to the summer of 2015 and we found out Tracy was pregnant. This was just months after my diagnosis and me turning 42. This threw me for a loop wondering why now?  None the less we were very excited for the arrival of our son. I flipped our house in short order adding a room to our basement, repainting the kids bedrooms, built new loft beds from scratch and painted Noah’s bedroom. Yet almost a year later I have found myself in that dark place once again. It started months ago and I hope to find peace soon.

It has not been easy and during the winter months I found myself sitting, sleeping and eating a lot. Eating so much so I now have health issues that need to be addressed in weeks/months ahead. I tried to talk to some but it always turns into their problems or “but you’re Bob, you will snap out of it!” It is met with lighthearted joking. The fact that I need a day or two break from kids almost seems irrational. My home is my office and though I love the fact we don’t have to pay for daycare…I am around the kids 24/7. This is a huge reason I found myself mourning the loss of my freedom once again. I had two kids in school and now it is starting all over again. No one ought to question the love I have for my kids or wife but it’s a real thing I deal with being 42 and having a newborn.

No doubt I will snap out of it. I have been down this path before but for some reason this one seems tougher. With spring around the corner I realize that helps a persons attitude and mindset. I share all of this with you to remind you that if you see a person struggling with depression, be there for them. Genuinely ask how they are doing…it means the world. If they choose not to talk, at least you have done your part. It does not make that person any less a Christian when they battle depression. In fact a Christian going through these times puts them in good company with some from the Bible. I think of Noah, Elijah, Jonah and more. They had mountain top experiences followed by major depression. Did they need to get counseling? Should they enroll in a Bible study or attend a conference that would result in JUST ANOTHER THING on their calendar? No...they spent time alone, with God heeding the words of the Psalmist "Be still and know that I am God." It is only for a season but what a season it is.

*I am currently working without an editor. Forgive my grammatical errors.
Posted by Bob Adams at 7:22 AM No comments: