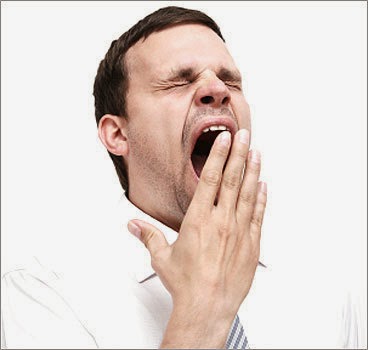 "They celebrate your abundant goodness and joyfully sing of your greatness." (Psalm 145:7 NIV)

I realize it can be a dangerous thing to base an entire blog off one Scripture. Focusing on one segment of Scripture out of context can lead to misinterpretation. In this case I feel confident because this entire Psalm is about praise. Apparently, we have caught David on a good day. Let's face it: David is very much on again off again with his joy. Perhaps it is the artistic melancholy side of his personality but it’s more likely that it can just be chalked up to the human side of him. David’s story is our story because we too go through all kinds of mood swings and emotional upheavals. None of this changes the fact that we love the Lord.

I focused on this Scripture because I love the two words, “joyfully sing.” The music in the church during the 80’s and 90’s was dominated by the songs that got the drums going, feet tapping, and hands clapping (something similar to what you often find in black gospel churches). Much of this kind of music was ushered in via the Hosanna/Integrity Music label and what came out of the Brownsville Revival with Lindell Cooley at the musical helm. Morris Chapman was another man that was a breath of fresh air during this time. Think what you may of this kind of praise and worship but there was something very cool going on in this movement. While there was something very refreshing and even energizing about it, I will be the first to admit it could get a little corny at times. Songs like “Celebrate Jesus Celebrate” were a little over the top and I’m not sure the extra double claps from people like Sister Papoofnik helped it a whole lot. Like almost all popular music, it ran its course and got old after a while. It’s just like hearing your favorite song on the radio - you may love the song but when it is played every hour you just get tired of it.

Lindell Cooley brought together a mix of classic blues, modern praise and worship, and old hymns, which led to some true praise. People clapped their hands and  were genuinely excited, which made even those who lack rhythm to stay on beat with the music. People truly enjoyed the songs and happily sang along. Sadly, things have changed. I have noticed a trend in modern worship that I find to be disturbing or even worse…boring. The European comedian Eddie Izzard was so right when he said that white people can make anything amazing sound boring and lifeless, including the hallelujahs we sing. Meanwhile, the black gospel church can let it rip and even though they have a past of hurt and despair they shout with joy and celebration. I do not necessarily endorse Eddie Izzard in general, but it may be worth your time to watch this clip (please know there are some vulgarities).

What I see going on in church today is more of a dirge than praise. I realize this is awfully opinionated but the word praise defined according to Merriam Webster is, “To say or write good things (someone or something): To express approval of (someone or something)."  To me, true praise is embodied by David in the book of Psalms when he was having a good day. I would specifically equate it with the time he danced out of his clothes while praising God as the Ark of the Covenant was brought into Jerusalem. This might be frowned upon in most churches but you get my drift. To praise something means you get excited, clap, and cheer! You just can’t help yourself because you are so filled with joy. Sadly the trend in praise and worship music today is nothing more than a “Woe is me, I am awful in God's eyes” dirge. Don't get me started on how theologically unsound some of these songs are. We have artists who sing “open up the heavens, we want to see you” meanwhile they forget the unchanging words of Scripture that says “No man can see my (God's) face and live.” (Exodus 33:20) Remember the song "In The Secret"? These kind of lyrics are harmful to Christians because people often beat themselves up when they make this their duty in devotions and it never happens. I often wonder why musicians get a pass when critics are all too eager to pick apart any Christian author who puts out something that they feel is theologically unsound. Why should it get a pass just because there’s a beat behind it? I worked in the Christian music industry long enough to know that unless there is a vulgarity, it will probably be deemed to be okay. Often, it’s more about the sound than the message. The lyrics go from majestic and thought provoking to words like “I wanna get my worship on.” That is a far departure from the poetry and majesty of words that leave us in awe.


It is important that the church gets back to the true meaning and celebration of Praise. Get excited and praise the Lord! Look at what the Lord has done in your life and realize that you are blessed. My kids got excited when I told them that we’ll be going to the Mall of America in Minneapolis, MN in April. They got EVEN MORE EXCITED when they found out they will have all-day passes to go on the rides. I will never be that pastor who compares praise and worship time to cheering for the Green Bay Packers. Quite honestly you would get thrown out of the church for causing a disturbance and the elders might frown on you yelling, "HEY SATAN! YOU SUCK!" And let’s not even imagine someone coming to church without their shirt and the church’s logo painted on their big belly! However, it is true that we should at least be equally as excited about praising God as we are about a game or vacation. Celebrate! Take time to think about God’s faithfulness and goodness and let that fill you with joy! Show him your love and gratitude by offering your genuine praise and worship. Look beyond the troubles in your life and the areas you wish you were better and just focus on God and his perfection. That’s when you will be able to truly take part in praise and worship rather than just a self-centered dirge.
Posted by Bob Adams at 8:00 AM