Rich Keep on Getting Richer 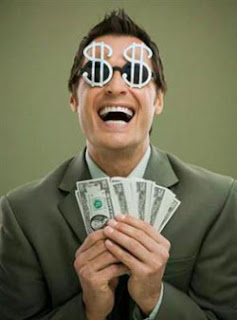 Inevitably around any election time you hear some common phrases being thrown around.  Some with educated thought behind them and others that, if really thought through, make no sense at all. One phrase that I have heard recently as we are wrapping up another presidential election process is “Well, I guess the rich will keep on getting richer and the poor will keep on getting poorer.” This is one statement that always made me raise an eyebrow.  I must admit that in my early 20’s I thought there was a ton of validity to this statement. However, now that I am in my late 30’s and have since served on a few boards with “rich” people, my opinion has changed.

I find it interesting that when we hear something repeated enough times and we do not do the hard work of researching it's validity, we end up believing it.  This slight of hand trick happens in many pulpits on Sunday mornings and it even happens from political powers with the large stages.  So we hear something and when it is repeated enough we begin to believe it.  "Those rich people...all they want is more money and toys!"  Let’s think about this.

I have a dear friend who is a successful business owner.  This man and his wife are strong people of faith and truly have the gift of giving.  This is a spiritual gift you know.  A gift that intimidates many, including pastors, which ends up stifling these people from flowing in their gifts at times.  I digress on that.  My friend, whom I look up to, gets me thinking about that whole “the rich keep on getting richer and the poor keep on getting poorer” saying.  When one begins to logically think this through we must ask the question, "How did they attain that level of income?"  Like you and me, this person must have a job...some steady flow of income.  When a person is well to do it is usually because they have broken the mold, an iconoclast if you will (shameless plug for the next message series).  They are business owners and have a great business mind.  One cannot help but think that if they have that kind of income that they cannot be doing it on their own, they need help.  Interesting isn’t it? For them to get to this level they must have employees which is now offering other people hope, purpose and an income as well.  So while while it is true the person at the top is being well compensated...I promise you that many would not want the daily schedule these and many other “rich” people have.  Many could not handle the pressures of dealing with employees.  I see plenty of complaints on social networking sites when the kids are acting up or one fellow co-worker is making it a bad day.  Now try to take into account these daily dealings and compound that on the stresses of being a business owner.  There is an old saying in business “The customers are always great...it’s the fellow employees that will make you crazy.”  How would we cope in their shoes?

Whether it is a Rupert Murdoch, Bill Gates, or any other wealthy person, we must look at them and simply say “Thank you.”  You may not be directly employed by these people, however people are employed by them which helps all of us have a restored hope in humanity.  I have discovered that many who live off the government will complain about “the rich getting richer” when in fact it is these people who pay in the most so that those living off the government may continue to be able to do so.  So will the rich keep on getting richer?  Probably.  Will the poor keep on getting poorer?  That is up to the person who thinks they are poor. If you think you are poor, what are you going to do about it?  Pursue schooling?  Make a move for a new job?  Work harder at your job so you can begin to climb the ladder?  The choice really is yours and mine to make.

Next time we hear that phrase, lets take some time to really think it through and be thankful for the “rich” people.  I know for the city that I live in...if it wasn’t for the “rich” people or, as I call them, the pillars of the community then there would not be much of a city.  A city cannot survive off little cafes and cute gift stores as nice as they are.  There must be those who see the bigger picture and invest, hire, and have that God given talent to help many others.
Posted by Bob Adams at 6:55 PM No comments:

Physical Health...Onward to My Mental Health 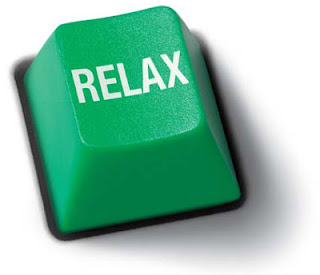 Let me ask you a question.  When a person has a graduate degree and works in a certain field...what do they usually get each week?  In my experience with my acquaintances it is a two day weekend.  Now let me ask you what many pastors/staff members do not get each week.  I am pretty sure you know the answer to that question.  If you are not able to read between the lines the answer is a two day weekend.  Why would I mention this to start a blog?  Let me explain.

Today was a milestone for me in my physical health.  Though I have 10 pounds to go until I hit my weight loss goal, I can look back and celebrate the 20 that I have lost so far.  I have not been at this weight since I was 22 years old.  When I hit my ultimate goal I will be at the same weight I was when I graduated.  Something I have been thinking about though quite a bit was confirmed for me at a conference I recently attended which is that of improving my mental health.  It makes so much sense to me.  Now that my physical health is doing very well it would only make sense to work on my mental health as well.  You do not have to look very far in the scriptures to understand that we are fully integrated beings and that we are very spiritual beings as well.  So...it goes without say that if my physical health has improved and I am being more productive, if I improve my mental health as well that it will also enhance who I am as a husband, father and pastor.  How will I do this? Let me break it down in 2 steps for you.

1. It will be my goal to have a “sabbath” each week.  It’s funny that many pastors take Mondays off as it is the “hangover day” from Sunday.  This will start to be an office day for me so that when I feel more at the top of my game (Friday) that will be the day I am now off.  Many of us wait until we are completely fried or burned out before we take a day off or go on vacation.  What happens is that it takes a few days to get out of the slump and by then it is time to go back to work.  I am choosing to take my day off when I am not in a slump and I am more at my best so that I can give my family the best.  On Fridays, I will not be on email...Facebook...and will be VERY selective on who I answer the phone for.  If it is church related at all, I will not answer.  I will also have Saturday off as well so that I can have some normalcy in my life and that my family can have normalcy as well.  I will be quite ruthless in keeping my days off as I will dive headlong into all the other days.  If I say no to you or someone else for any reason...it is simply because I am going to truly value these times with family.  Will there be a day when something will come up?  Absolutely.  These things happen and I will roll with it.  As a whole though, I am sticking to this.

2. If you know me then you know that I love social networking.  It has become more and more apparent though that if one is to get a good nights sleep then one should stay off Facebook/email after a couple hours before bedtime to be in the right mindset for good rest.  I have had plenty of those times where it is 10 or 11 p.m. and I read something on email, a blog comment, or email that gets my brain running once again.  Please know that if you send me an email, etc. after 9:00 p.m. I will not be on any social networking site or email.  If I am on my computer or iPad it will be because I am either studying and putting my message together or reading a book on my Kindle.

When someone takes steps to improve their life by setting up boundaries it can inevitably get some people upset with you.  It is quite interesting though that thousands have read the book “Boundaries” and yet may lack setting some up.  I completely understand as I have and probably will continue to be that person.  What I am excited for is a refreshed zest for life and ministry while taking care of my whole being.  There is no need for concern that I have flipped out or am totally stressed.  This is not the case.  In fact, I am in a great place and couldn’t be happier with the direction of Radiant Fellowship.  I will say that by doing this I am setting myself up for things to come which I am anticipating to be good.  Will you help me stick to my two steps?  How can I help you find some peace of mind?  I would love to be a sounding board for you should you ever want to chat.  Here we go onto a new page in life.
Posted by Bob Adams at 9:04 PM 5 comments: