They Say I am Crazy 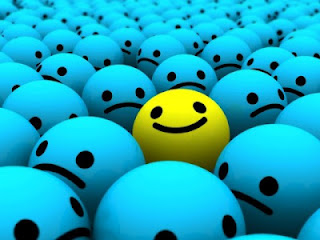 I have been seeing a trend the last few weeks that surprises me a bit. Well, okay, actually it doesn’t surprise me. Just the other day I received a private message on Facebook that simply asked “have you gone crazy?” I thought they were referring to parenting because, I think all parents tend to go crazy at one point or another...well, that simply wasn’ t the case lol. This person read my first book “My Life in a Blog: Real Thoughts From a Real Pastor in the Real World.” According to this person, I have become so “watered down that I am not the same person I was back in Milwaukee.” I would like to explain that they are correct. It is quite possible from an uber fundie standpoint...yes...yes I have gone crazy.

One of the hardest and yet most liberating things I have ever experienced in my life was leaving an institution where a hard line, legalistic message was being preached. I was on staff for eight years at a place that had many ups and many downs. There were many good times and many not so good times. Why is it the negative times always seem to outweigh the good times?
I was part of a church that has since done a complete 180 and really I am happy for it. However, back when I was on staff it was a church where the dress attire for Sunday mornings were a suit. There were many rules that were in place that “joe churchgoer” would not have seen. There was a time when, I was thinking about doing a wedding for a young couple that came to me. They asked if I could perform their marriage after hearing me speak at the, Milwaukee Center for the Performing Arts at their college commencement ceremony. This couple was living together and quite possibly had a kid on the way. I asked the pastor I “worked under” what should I do? He simply responded “tell them that if you do the wedding that you will be looking for a different job.” Can you just feel the love and grace in that response?
I was part of a church where the pastor publicly (from the pulpit) chastised a teen in the church for getting pregnant saying “We will not celebrate this. This young lady does not represent our church!” Again...love and mercy is just oozing from this statement.  Could you imagine, Jesus telling the prostitute "You filthy whore! You deserve everything you have coming to you." There were so many things wrong with this institution that I was on staff at. I basically became blind to it and stuck to the youth/college ministry which was growing rapidly. I was surprised to notice, I grew in this ungodly way of doing church only to find myself being liberated towards the end. This growth in the youth group ended after being asked to attend a board meeting where I was basically torn to pieces. You have to be very careful of people who show such little grace and mercy to others. Little did I know this person was dealing with their own “personal demons” and admitted to an affair. Ironic isn't it? The phrase always holds true that hurt people, hurt people. Sometimes you simply cannot understand the psyche of a person who will rip one person apart for their mistakes...meanwhile they are hiding a ton of garbage.
So where did I go crazy? It was when I left that church and experienced something very similar only a year later working under another person. After that, I took a personal stance that I am going to try my best and live out my life like the red letter Jesus of the Bible. To truly believe, I don’t care where people have come from. I don’t care what a person might be dealing with. I don’t care what lifestyle a person may be living. Jesus loves them and so should I. I don’t get hung up on issues that some churches may come out hard against. It is my job to be a pastor and love people. It is my job as a pastor to give thought provoking messages each Sunday. A message where I hope it will prompt a person to begin thinking about a possible change IF needed. It is NEVER my job to judge a person...only to love them. It is NEVER my job to try and convert someone through a message...that is the Holy Spirit’s job...IF change even needs to take place. I do not write off groups of people as “not being a Christian” simply because I do not understand their life. I have come to grips that “being a Christian” looks very differently than the cookie cutter mold I was a part of and believing.
I have discovered that some people really become uncomfortable with people living out true love and grace. Why is it that when we talk about love and grace some become very irritated? A great example of this, is when, Rob Bell’s book “Love Wins” hit the bookshelves. It really really stirred up a lot of hatred. It is as if some clones...I mean people, are so used to hard-lined dogmatic messages, the minute a little love or grace is shown...we feel guilty. Case in point...I had to attend many services where if you were yelled at by the pastor...made you feel like worm that somehow God’s presence was really there. This couldn’t be further from the truth. Sadly, we mistake oppression through a fairly unbiblical message that manipulates our emotions as a soverign move from the Holy Spirit.
So am I crazy? I guess by definition of these folks....YES! Yes I am crazy. I actually believe a message doesn’t have to be resolved at an altar necessarily, but rather in their and His timing. I actually believe secular music can be just as Christian as some of the Christian songs out there. I literally believe some Christian music is more ungodly than music that does’nt claim to be Christian. Am I crazy? Yes. Join me won’t you? This will require you to follow your heart...but that's for another blog.
Posted by Bob Adams at 3:25 PM