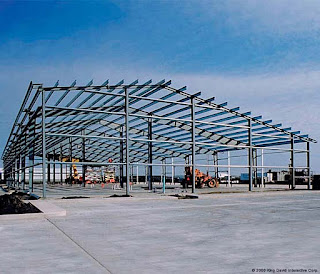 I love the outward example of a revival in the book of Nehamiah but first let me give a sketchy history of Ezra. He had come back to Jerusalme to revive the people who had come back from Babylon to rebuild the temple. This temple was destroyed before they were taken into captivity. But they had gotten into the mundane phase of the building program and they began to fall away from God and intermarry with the people around them. Ezra came back and he began to read the word again and brought a sort of revival to those who were again building the temple. The temple wasn't the only thing destroyed back before they were brought into captivity. All the walls around the city were destroyed as well. Nehamiah had a passion to rebuild those walls and got permission from the king of Persia and he got it. The whole book of Nehamiah is about one of the most amazing construction project that has happened in history. With what he had, he rallied the people and completed the reconstruction of the walls in a record time. The whole first half of the book of Nehamiah is about how that happened. But...just like the temple as soon as the project was completed the people began to slack in their walk with God. This is often the case when we set up a physical goal and when it is met we can easily begin to decline spiritually.

Just today I ran across an article talking about how long a pastor stays after a building project. Unfortunatley some are a victim to the process and don't make it to see the completion. What is even more interesting is that often times within 2 years of that project being done the pastor will resign and go to another church or do a complete job switch. Why? What might happen is that they get jazzed up with their people on a physical goal and when that goal is met there is nothing there to keep them motivated. If they don't keep the spiritual goal the priority then when the physical goal is met there is nothing and a kind of depression sets in. This is what happened in Nehamiah's day. The wall was up the city was finished but the people lost their connection with God. When you come to the end of the book you find that not only was their a need for the reconstruction of the walls but the reinstruction of the people. So once again Ezra is the man. The people come to Ezra and they begin to get back into what matters....what God has to say. In other words to keep the main thing the main thing....ministry. When they got back to this a sort of revival broke out.

What can be a sad thing looking at this story and statistic is that I and maybe you have seen it happen. You end up getting the churches that live from capital campaign to capital campaign. From one building project to another they are constantly pursuing a physical goal mislabeling physical growth for spiritual growth. This simply is not the case and cannot be the case. It would be interesting to me to see some of these churches that are building without truly needing to, to do a capital campaign in their church in order to wipe out poverty/debt within their congregation (a sort of jubilee). To see if people would pledge as much not to see a big elaborate new sidewalk going into their church or new building but rather pay off a widows home within the church. The spiritual goals will always give more gas to a church body than a physical goal. Sure it is nice to have new with the latest and greatest. I think it is necessary to be a good steward of what we have. However, would some of the money we drop into a church building program make even King Solomon blush? If we could talk to some of the saints that have gone on before us or even Jesus for that matter and say, "1, 2, 3, or 20 million dollar building project or fight social injustices (starting first in the church...I am a big advocate for helping those within the family)?" I think I know what they would say and I think I could show you a church body that is on such a spiritual high that no building program could ever duplicate. I opt for spiritual goals.