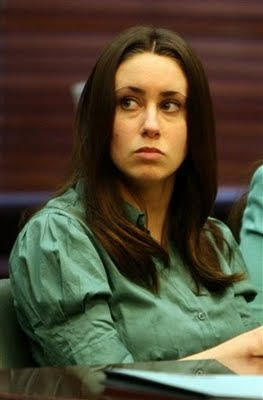 So just a while ago, Casey Anthony was released from prison after being detained for 3 or so years for the alleged murder of her daughter. This was one of those cases where people were thinking it is going to be a slam dunk win for the prosecution. However the world soon found out that this simply was not so. Much to the surprise of the nation, Casey Anthony walked a free woman.

It was not until last night I began to read many responses by the Christian world on this verdict. There were very few that were actually okay that she went free. Many Christians are still calling her a murderer and other less than flattering names. I saw a few banners on the internet that talked about this young mom going to Hell. This really is a saddening picture of what Christianity is.

I look at, Jonah in Chapter 4 of Jonah where he begins to get so mad at God for forgiving the very people that, Jonah wanted nothing to do with. In fact he went on to tell the Lord “take away my life.” Doesn’t this seem just a bit odd? To be this mad that you no longer want nothing to do with God because he forgives?

You and I know people that insist some wear the scarlet letter regarding “sin”. If you divorce or are a part of the gay community then surely God has no more use for you. You will never be forgiven by some who are supposed to continue to love you, ie…fellow Christians. However, if you are a gang member or kill someone and do your time while loving God. Suddenly you are good for business and will probably make the speaking circuit after a few years passed to share your testimony.

It is easy to look at Casey Anthony and make all kinds of crazy judgment calls on her life. I have to believe that after three years and a competent judge/court case that they probably made what they feel is the right decision. What would happen if they had convicted her only to find out 10-20 or 30 years later she was in fact innocent. The nation would have suddenly felt sad for her. There are many Christians that are ticked with this because “JUSTICE WASN’T SERVED.” These are the same people who probably say, “How could Jonah be so mean and upset with God after he forgave?” Unknowingly these people are doing the very same things. They are upset with a person who THEY thought should have gotten one kind of judgment but grace was extended.

Grace really makes a person squirm. Grace sometimes blows a part our theology that we may have been raised with. True grace never has and never will make sense to some. Grace will make many things the church is “selling” null in void. Why? Because what many believe nothing more than a made up false theology which some churches/Christians sell because it is all that they know.