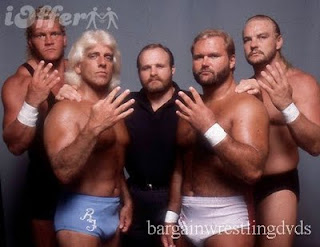 So if you are a blogger and talk about Christianity then I guess you are at some point expected to blog about this Saturday. If it does indeed happen this Saturday then in the words of R.E.M. “It’s the end of the world as we know it and I feel fine.”

I vaguely remember the 88 reasons in 1988 book. The reason I vaguely remember it is that I was only 14 at the time and really could care less about someone’s thoughts on the end of the world. I guess I feel the same way about the prediction of this weekend and December 2012 as well.

This whole hoopla of everything reminds me of my days in youth group and attending conventions and conferences. You would get a guest speaker who had made up in their mind to scare the teens into the kingdom by saying somewhere in the message, “Listen, God is coming back in 5 minutes…..are you ready?” He would carry on for about 10 minutes about how unrighteous we were and the fact we saw a naughty movie means we will not be raptured (CURSE YOU FAST TIMES AT RIDGEMONT HIGH!). After those ten minutes he would say “3! 3 minutes!” (Yes I realize there is a fault in the math there). We would continue to hear how we need to get ready and at this point kids are starting to freak out. Some would run to the altar as if it were some cosmic portal place to stand where this wormhole was going to open in 2 minutes. If you were good with God and stayed in your seat you would feel like the scourge of the place. He would then say “1! Are you ready?” He went into, Jack Van Impe mode. You know…Jack Van Impe wraps up his shows with “Are you ready!?” Kids would be crying…sobbing…some completely freaked sitting in their own filth from being scared (okay that might be an over exaggeration). But guess what…it didn’t happen. The end of the world didn't come and we realized on Monday we had to go back to school. Drag.

Ultimately what happens with meetings like that is teens recognize that either then or now what really was happening and are deeply disturbed by the deception and scare tactics. Nowhere did Jesus ever do that kind of preaching in the bible. The Bible makes it very clear that no man knows the time. If in fact, Harold Camping knows when God is coming back…let it go on record that he knows more than Jesus because not even Jesus knows when this will happen (Matthew 24:36).

Keep on rocking in the free world and live the Christian life. When it is time…it is time.

btw...the picture is of the Four Horsemen from professional wrestling. The Four Horsemen formed in January 1986 with Ric Flair, with Flair's storyline cousins Arn Anderson and Ole Anderson, and Tully Blanchard , with James J. Dillon as their manager. Sid Vicious happens to be in this pic.