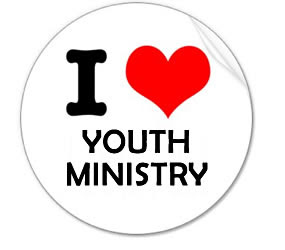 This past weekend I was visited by two kids (now adults and married) from the youth group I was happily the pastor of for 8 wonderful years. Those days youth pastoring were great days and often challenged me to stay on the forefront of all things culture/relevancy. The importance of this was so that I could understand what they were into. I ultimately found myself loving that pop-culture so much which I ended up using in my favor to reach teens. I believe to be a youth pastor today requires a person to really be open minded about who you are reaching. If you are a youth pastor that just wants the kids from your church or ones that act like the ones from your church…well, you can stop reading now. Nothing is more boring as a former youth pastor than to have a youth group of only church kids. In fact, I will hear from people in youth groups from all over that tell me about the rules in place of some of these youth groups. I am going to expound on what ministry is.

It was the year 2000 and I remember as the youth group I was pastoring continued to grow in a more racially diverse neighborhood in the south side of Milwaukee…I had to call some women from the church to help. The reason for this was to run the nursery for youth group kids that had babies. We were reaching young girls that were either in the church or out of the church that were looking for a great time to be with other teens. The only thing was that they had babies themselves.

Another time I remember was when teenagers would use swear words when around me both accidentally and on purpose. There were plenty of times as well when we had the doors of the old church building open and you could smell wafts of cigarette smoke coming into the church. This was either from teens hiding a cigarette (because it is illegal) or college age coming to our college group. I remember telling my youth leaders, “That is the sound and smell of ministry right there.”

You know…it gets me so irritated when youth pastors will kick teens or “BAN” them from youth group because some swear. It gets to me when a youth pastor will not provide a nursery ministry for young women in their group that may have found themselves now pregnant. Rather they are focused on "saving" them rather than loving them. Those youth pastors that bust teens for smoking and turn them in to their parents instead of showing some grace in order to build up some respect with that kid really ought to re-examine the word “ministry”. It gets mighty boring having the same church kids at youth group over and over and over week after week.

If you are going to label something “__________________ ministries” than in my opinion…ministry needs to happen. Go reach those teens who are not in the group. Realize there will be plenty of those coming in trying to prove something and test the waters……love them anyways. You respect them…they will respect you and God will do some great things.