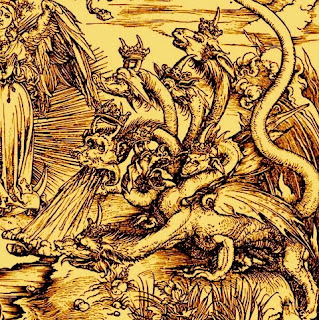 Quite a few years ago an author by the name of Neil Anderson wrote a book entitled, “Bondage Breaker”. I have no beef with this book because it really has helped many a people trudge through their own inner battles. Although the term “living in bondage” has been around for years, I personally feel this book brought that term to the forefront in modern day Christianity.

If we have a friend that is dealing with an addiction or lifestyle or fear we tell them (or others in our “prayer circles”) “you are living in such bondage”. This might be the case but I am finding that something even larger has really gripped Cristianity today that is causing many to live “in bondage” and that is politics.

I am not all for, President Barack Obama but I have to tell you, I don’t see his horns and “though there are all manner of lesser imps and demons…the great Satan himself is red and scaly with a vipercated tail and carries a hay fork”. Sorry…just had to quote, Everett from “O Brother, Where Art Thou?” I used to work in the Christian bookstore industry for quite a few years. What always amazed me were the amount of books that some authors wrote talking about the rise of the Anti-Christ. They would point to Sadam Hussein, Muammar Qadaffi, Robert Tilton or any democrat that becomes a president. The fact of the matter is “there is a lot of money to be made in the, Lord’s business” (another quote from “O Brother, Where Art Thou”) and people buy into it all the time. They get behind a cause and throw money at it. What amazes me even more are the people who buy "revised edition" books dealing with end time events. That is for another blog.

It amazes me on Facebook how many Christians live in so much bondage regarding the future events and things to come. They are constantly posting from news sources that are always raising the hype. The bible makes it clear that there really won’t be peace until the age to come. These back and forth politics are nothing new. The threat of “the Anti-Christ” is nothing new as well. So a democrat got voted in as president and because he believes in things that are contrary to the evangelical circle, we think he is the Anti-Christ? What were the Christian’s thinking when, Nero was in power? What about Joseph Stalin? The Christians of the day must have been utterly scared when, Adolf Hitler rose to power.

I do believe in the rise of the Anti-Christ and do get disturbed by the news of today. Perhaps it even makes for good conversation amongst friends. Okay, actually it doesn’t…proper etiquette 101 “never talk about money or politics”. However, for Christians to get downright nasty about people, events, etc. really does not accomplish a whole lot. Let me just clear the air and say, I did not vote for Obama. To live in constant bondage of what the world is doing though seems utterly mad to me. I have far more important things to worry about like reaching more people for Christ. This will not get accomplished by living in bondage of what is going on in the political circle...as far as I know no ever got saved because I tried to change their political stance.