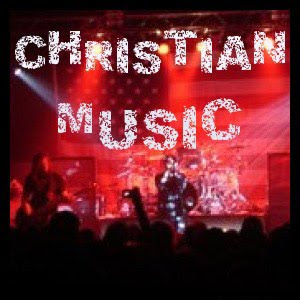 I am currently putting together a promotional campaign as the church I pastor (Radiant Fellowship) will host, Matthew Ward from the 2nd Chapter of Acts. In doing this I have forgotten the passion I hear from many of the artists of the Jesus movement era and the 80's/early 90's. One of the songs that I completely forgot about from 2nd Chapter of Acts is “Which Way the Wind Blows.” This is an amazing song that I hope he does in concert. As I was researching a few sites I recall reading how, Buck Herring and the rest of the family of this singing group really was heavily mourning the passing of Keith Green in 1982. There was a part that Buck thought if Keith Green had been alive today that perhaps the Christian music industry would be more ministry based. I have a few thoughts on this very topic.

First, I do believe many bands around today are still steeped in ministry. I love much of the Christian rock, goth, rap, etc. music out there today. I do think there are some that say they are, even talk about it during their show but afterward really just want to leave. Having played host to many different artists from old timers to modern groups, a person can easily discern right away if they are really into ministry or just needed to fill a spot on the tour calendar. I recall hosting one WELL KNOWN artist from the older days who ended up being a complete diva. From him wanting me to iron his clothes to not wanting to have dinner with us but rather get carry out and go back to his hotel. I know people say he is all about ministry but I am quite confident he was more about the paycheck.

Please understand that you will never see me be so naive as to think if a band is “Christian” that they should play for free. That would completely ignorant of me to say. I do think it has gotten out of control when some of these groups and worship artists charge upwards of $60-80K per show. I golfed two summers ago with the head of a ministry that does Wisconsin's largest Christian music festival. He told me, "we had to say no this ___________ _______ because they wanted $110K and our make is $90k". I am failing to see the ministry side of that. What even amazes me are the ones who show up to do a concert be it at a festival or large church and then won’t go and sit at their booth for even an hour after the show. I think a couple realizations need to be made here. First, it is the fans that made them who they are and make it possible to be out on the road all the time. Secondly, even the most successful Christian bands record sales nught be an embarrassment in the mainstream world so once your time is over in the spotlight you will once again be relying heavily on your fans to support you. Then there are those bands who charge a love offering that in my mind really tell me “this is all about ministry.”

There was a conversation I had with a pioneer in the Christian music industry. This person introduced many artists to the Christian scene back in the 70’s-90’s. I asked him, “So what do you think about today’s Christian music scene”? He told me there are certainly some great bands out there that are doing ministry but I think as a whole we are just manufacturing rock stars.” Anytime you get near a tour bus of a Christian band and you can see the artist and they see you and the “security” for them tells you “got a problem? Keep it moving” then yes I do believe the industry is just turning out rock stars and not true ministry teams.

So there you have it, my rant. I won’t go as far as the infamous Steve Camp manifesto of 1997. I won’t even say you cannot have entertaining Christian music. What I do think however is perhaps some bands have lost what the main point of Christian music is…to minister. It is crazy times when the industry is copyrighting worship music. Think about that one for a moment. Would I name artists who I have had a negative experience with? No. I will sure name artists that I have had great concert experiences with that I believe to be true ministry bands/individuals so here it goes to the best of my recollection. Again, these are strictly people I have hosted in concert.

There are more….but these are the ones that stand out