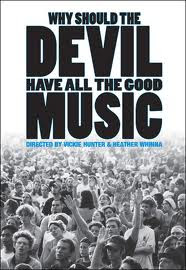 This blog was inspired by a person on my facebook group. I asked for a topic and the first one to come up was "Christian Rock." Let me first say that I grew up in the 80's and 90's during my adolescent years. It seems that if you listened to Christian music then it was Carman, Petra or if you are really rebellious...STRYPER! I really think that Christian rock music has gone through some of its best times. These groups were the standard then, but before they got going there were groups coming out of "The Jesus Movement" like the Sweet Comfort Band, Larry Norman, Ressurection Band and more. This transpired into an all out onslaught of groups in the late 80's and early 90's that really began to push the envelope musically and looks wise. These bands would include DeGarmo and Key, Sacred Warrior, Shout, Tourniquet, Bride, Deliverance, Vengeance Rising, etc. We began to see everything from arena/hair band rock to heavy metal/death metal. The crazy thing is that much of it glorified God and after attending many concerts, I saw the fruit of these events.It was truly amazing to see how ministry based these bands were (and some still are today).

I was a youth pastor for 9 years and there will always be the adults that tell you "Christian music is of the devil." In Milwaukee there was one "Christian" radio station that often held rallies to talk to Christians about the dangers of Christian rock. What amazed me were the simple minded people that bought into this. Do you remember those preachers who would tell you the drum beat of a certain band replicated that of an African tribe that worshiped the devil in the deepest jungles of Africa? To that kind of silliness I would have to say to those preachers..."you really need a hobby". Christian rock has always had a big place in my heart. My first youth pastor office, you literally could not see the walls because I was a Christian music buyer for a local Christian bookstore. We would get so many posters in that I wallpapered my office with them. It resulted in a few kids getting pulled from the youth group because of "Saviour Machine" or "Mortification" but I only see that as harming the child more than anything else. I chuckle at these parents who pull their kids out of a youth ministry because they play "Christian rock" only to have their kids listening to all kinds of other stuff on their iPods (okay portable CD players back in the day...okay cassette walkmans way back). I remember receiving a letter from a disgruntled parent whose teens attended a "Disciple" concert we had in the church when that band was just starting off. He blamed me for driving a wedge into his family. It would be my opinion that a lot of this stemmed from the saying, "Christians judge what they don't know". If they took the time to read the lyrics, visit a concert, hear the heart of the band...many parents would not have acted like children.

Where do I see Christian rock going? Honestly, kind of down the drain. My friend and pastor of Sanctuary International Ministries told me, "We are no longer seeing many ministry bands starting these days...we are breeding rock stars." Now a days you have bands that put on a great stage show with a bunch of talent but really have no ministry at all. This is NOT true for all of them. We have had bands in our church that were very ministry driven (Men as Trees Walking, Leper, Grave Robber, The Crossing, etc. to name just a few). But many times bands see it as a paying gig and do just that. It should come as no surprise when we see bands that blow-up on the Christian scene hit it big on the secular scene which results in the them leaving the Christian scene behind. Case in point would be Evanescence. Their debut album blew up in the Christian scene, in fact I am not sure you could go to any youth event without seeing some horrific human video done to one their songs. Now they are quoted saying, "Can we please skip the Christian thing? I'm so over it. It's the lamest thing. I fought that from the beginning; I never wanted to be associated with it. It was a Ben thing. It's over. It's a new day."(Billboard Magazine). Do I think there is a lot of good things about Christian Rock? TOTALLY! I am really jazzed with the stuff coming out of Europe from straight rock to the black metal. Some new projects I got introduced to at Cornerstone last year were amazing! As long as ministry is happening it is all good! Do I think it has declined since the hay-days? Yes. Do I have a problem these days labeling things "Christian" rock, "Christian" bookstore, etc? Yes...since when did "Christian" become a noun when it is supposed to be a verb? That is for another blog.