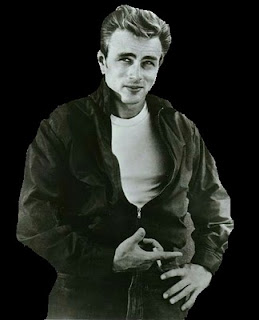 Are you living in rebellion? Are you dealing with rebellion? These are common questions asked to a person that is thinking for them self or taking a stand in a church where that is not allowed. Let me explain myself on this one and I will use real examples from people I have talked with over the years. I should put out a disclaimer though that there are the genuine cases where people can act out in rebellion and won't accept any kind of correction. They have issues and need to figure that out however that looks for them.

The cases I am referring to for instance is the double standards some pastors have. Case in point...a pastor tells a couple how awful they are for living together before they get married. This ends up in the pastor not doing their ceremony. A little while later close personal friends of the pastor asks to get married and they are living together. Because they are close friends of the pastor, the pastor goes ahead with ceremony. People in church see right through this and are not afraid to question it...the sad part is...because they question it the board or the pastor throws the statement, "you have a rebellious spirit and should get that taken care of."

This happens in the case of staff at churches as well. What the average church goer doesn't get to see all of the time is many good times and not so good times that all churches deal with on the business side of things. It would be my hope that churches have more good times than bad times. I remember the only board meeting I ever got to attend while being a youth pastor was for the pastor to humiliate me in front of the board. This was in my 7th year of being the youth pastor at this church. I came in (when asked to come in) and sat down. The pastor asked me a question and when I began to answer...I was told, "you will not speak until we are done speaking and you are asked to respond." Dude...I should have seriously got up and walked. This was towards the end of my stay..it was either I go or the pastor goes and well...he took care of that. However, they could tell I was stewing and finally one board member said, "I sense you are dealing with some rebellion." Lucky for this group I was who I was then and not who I am now. Now I would have interjected and probably shut them down. Would it have been out of rebellion? Maybe. Perhaps it would have been done more out of Godliness than some of the ungodliness that goes on with some church leadership.

Just because you catch the raw end of a deal from a church and you respond by trying to simply reason or state a case does not mean you are dealing with rebellion. The fact is you are a person with valid feelings and thoughts and there is nothing wrong with getting them out. This is important in the life of anyone. Be wary of churches that blame your hard stance on "rebellion" though. Perhaps they use that crutch as they continue to try and manipulate you into what they want you to be.