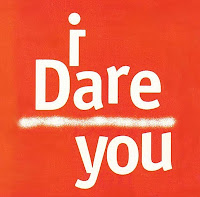 I remember maybe ten years ago or more attending a conference in Oshkosh called, "The Church Growth Conference." It was an annual event that equipped and trained church staff and volunteers to do their best in the ministries they are involved with in the local church. This particular year the keynote speaker was, Dan Betzer from Fort Myers church in Florida. If you were to ask me what he spoke on each night, I would honestly be able to tell you, "I have no idea." However, I do remember one phrase that has stuck with me and has proven to be true over and over again. Dan said, "In order to get people you never had, you must do things you have never done."

Over my time as a youth pastor I found this statement to be true but at times when you put it into practice..."the powers that be" didn't care for it. It is so easy for people to say "AMEN!" to something and never put it into action. Often times I would like to ask people who say "AMEN" in church, "do you agree with a point? If so, prove it."

This happened twice in my youth pastoring days. One time we had this new upstart band visit our youth group...you may have heard of them "DISCIPLE". Yes, the now very popular Christian rock band that brings in massive audiences. This group showed up and we had maybe 20 people for the concert. What a great night of ministry! Let's just say...I was asked not to do that again because it was too loud. The next event was after we moved into our new church and I wanted to set it off in our new youth room. We invited teens and college age from all around for the areas first "Christian Hip Hop Fest." For those that are fans of Christian hip hop...the lineup was, Mars iLL, Sackcloth Fashion, Man-o-War, B. Reith, Luke Geraty, and some local acts. Along with the concert we had a B-Boy battle. We had a great concert with an awesome turn out but then something happened.....to be continued.