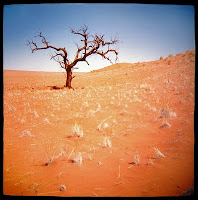 The question God was asking me as I went to Cornerstone was "Who are you?" Over and over this kept playing in my head. To be honest I headed to Cornerstone yes, to participate in the ministry of Sanctuary and be a blogger...the bigger thing I went there for was to hear from God about 2010 and how it is a year of change for me. There are some things in particular that I needed firm peace on.

Before I became a pastor I really dug deep into outreach and working with people that were definitely the outcast type of people. It is funny but I even liked to dress a certain way (hippie meets metalhead) and really went into being a youth pastor as a bit of a rebel...I guess some things never change. I had no other family go before me as a pastor, I joke around that I am a PK (a polisher's kid) but immediately saw things that began to change me. I was not a suit wearing person and the first church I went into was a fashion show in which I was required to wear a suit. From that point on I began to morph into someone that was being tamed by the institution. When I did get away to camps, outings, etc. I would wear shirts and things that made some Christians wonder. They were Godly t-shirts but some refused to see it. I remember a directors wife at a camp scolding me in front of my teens for wearing such an "ugly/ungodly" shirt. The funny thing is it said, "Dead to the World, Alive in Christ" on it in a big skull. I kindly responded..."I feel the same way about your shirt" (probably from Dress Barn or something). I have always had a rebel streak in me though I never want it to get out of control.

When I moved to Waupaca I continued to become a people pleaser for all the wrong reasons the first year or two. After I began to see the ugly side of religious politics I decided to throw it all out the window. The biggest eye-opener for me was the minute I became the youth pastor to a district official. At big meetings people would come up to me and be buddy buddy that were never that close to me before. It appeared to me that because I am now in this position working with that particular person, I am now someone that others will hang out with so they can get in with the pastor I served under. It was then that this persons silo came crashing down and I lost 90% of those "close" people as friends because of a fall-out that happened. I still get random pot-shots taken at me via email, facebook, or face to face conversation. This made me all the wiser for what was ahead as a lead pastor (senior pastor).

So here I am now in the desert and what an exciting place it is! There is a negative connotation that the desert can be a bad thing, however in the bible the word "desert" means "without inhabitants", not "without vegetation or water". I love how one author describes the desert vs. forests. "When a man walks or rides into a forest, he is lost among the trees, can't see ahead, doesn't know what might be lurking there. The forest surrounds him, obscures him with shadows, confuses itself with him by its vertical composition and competitive detail. But when a horseman appears on the desert plain, he dominates it instantly, his view extends as far as the eye can see, and enemies are exposed to his gaze. The desert flatters the human figure by making it seem dominant and unique, dark against the light, vertical against horizontal, solid against plane, detail against blankness."

The openess of desert space also symbolizes infinite access. As Tomkins notes, "There is nothing to stop the horseman's free movement across the terrain...Distance, made palpable through exposure and infinitely prolonged by the absence of obstacles, offers unlimited room to move. The man can go, in any direction, as far as he can go. The possibilities are infinite."

It is time to run free after a refreshing time of re-finding who I am while at Cornerstone Festival where I truly feel at home among the wierdos, goths, metalheads, preps, jocks (though few), hippies and free-thinkers. Fact of the matter is two tents down was a lesbian couple that felt at home at Cornerstone. I am not downplaying the fact we all need Jesus and some things are not okay. What I am saying is God created us uniquely and we should not stray from that to fit some kind of mold or to appease some person/people/institution. God spoke to me in such awesome ways this past week through song, teachings, and one on one conversations with people I look up to.

Who am I? I am a unique free-thinking pastor that won't be bound down by ideals that don't line-up with scripture. I am a black t-shirt wearing person that loves everyone and hates no-one. I am a pastor that has little to no tolerance for religious crap (politics) that bogs a church down so it cannot be free to find God unless it goes through a filter. I am person that is a Christ follower first, husband and father second and pastor third. I am a pastor that welcomes questioning and skepticism in a church so that it leads to a deeper understanding of who the one true God is. I am a person that invites you to journey with me on through life understanding I am not better than you and you are not better than me. Rather we are following the one true God together which will tighten our bond to each other and to God.

I am telling you...God is at Cornerstone and he always reveals himself to me among what some might call, "THOSE PEOPLE!"