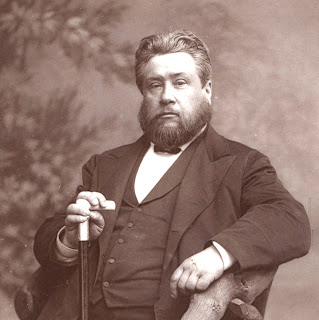 If someone were to ask me what my best sermon was in my 25+ years of preaching, it would probably go back to the fall of 2000. I remember that day like it was yesterday. The week prior I was away at a silent prayer retreat. The entire time God was speaking to me saying “it’s okay not to be okay. The things you deal with are of no surprise to me so don’t be afraid to talk about it.”

After reading a book that was really influential in my life I put together a sermon talking about dealing with depression. I realized this would be a risk and I knew it would be one I would share in the “adult service” when the opportunity arose. After all, I was “just” the youth pastor and so speaking gigs in the adult service were very few and far between. I knew it was a message that I had to deliver though because the pastor I served under would often times make the congregation repeat after him “I am to blessed to be depressed”. Each time we were told to repeat it, I felt it was a slap in the face to those in the congregation that were dealing with depression.

So that Sunday came and I began to talk about being broken before God. I gave many scriptural examples and drove the point with an illustration. After a lot of research, I expounded on how awesome revivalist/theologian Charles Spurgeon was. I read his writings, I studied his life and despite all that he did for the cause of Christ, he not only dealt with chronic pain but severe depression. This started at the age of 22. While he was preaching someone yelled “FIRE” and though there was no fire, it caused mass panic and seven people died. In fact 28 others suffered severe injuries.

Spurgeon plunged into a deep depression. It could hit him so intensely that, he once said, “I could say with Job, ‘My soul chooseth strangling rather than life’ [Job 7:15]. I could readily enough have laid violent hands upon myself, to escape from my misery of spirit.”

Through it all and despite his chronic pain he continued to preach. He loved Jesus and Jesus loved him. I was so proud of that sermon. Afterwards people were talking with me about what they were dealing with. Sometimes a person just needs permission to know it is okay to be vulnerable. We should understand this because “God loves us as we are; not as we should be because none of us are as we should be”.

Some Christians just aren’t ready to hear that type of sermon. The next morning I was asked to step into the sanctuary so that the pastor could have a one on one with me. I was belittled and told my theology was off due to my misunderstanding of scripture. That moment resonated with me and I will never forget it. It so defined my path regarding how I treat people. Not with a heavy theological hand but with a tender heart filled with grace. Lord knows that is how God sees me and I certainly do my best to extend the same amount of grace to others. I don’t always succeed but I pray that all of us would understand that we are ragamuffins doing our best to accept and embrace the love of God.