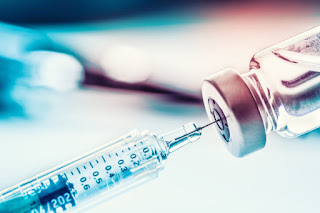 This morning I tried to get on a local radio talkshow to express my opinion. The two hosts are some of my favorites. In fact in November of 2020 the station manager spoke at the church I pastor. The topic was regarding the upcoming election. After a new morning person was brought it in, I was pleased to see she was a mutual Facebook friend of mine from the Milwaukee area.

Long story short, I called in regarding the topic of who is and is not opting to get the COVID vaccine. Unfortunately, I was disconnected but these things happen in radio. It’s all good. I will admit that I have no plans to get the vaccine. My wife who works in healthcare shares my sentiments. We feel it is to new and we don’t know what the long term effects of it will be. I have no deep feelings that would appeal to conspiracy theorists. As a person that doesn’t even get the flu shot, I just don’t feel good about it. This coming from a guy whose entire family had COVID at the end of December. My father who is 81 did ask for my help in registering him to be on the waiting list to receive his shot. I am glad to say he was able to get the first dosage. I don’t begrudge anyone wanting it. I heard something from a caller this morning that I wanted to briefly address.

This caller referred to the vaccine as the mark of the beast. I was pleased to hear the talkshow hosts downplay that notion. Usually a statement like that comes from a well meaning Christian. However, even well meaning Christians can show their lack of theology when throwing around terms like that. If this were the mark of the beast; it would mean we are in the tribulation period which would mean this caller and many other Christians missed the rapture of the church. Now that would be something scary.

It has been my observation that many denominations and Christians believe we will be raptured before the tribulation period. This term in church circles would be called being a “pre-tribber”. There are those that believe mid-trib and post-trib as well. There are also a handful of people that would consider themselves preterists but that is an entirely different eschatological way of thinking which isn’t even biblical. The Bible has a strong stance on why we believe we will be raptured before the tribulation period. The mark of the beast though is estimated to begin halfway through the tribulation period which is a 7 year time span.

With that said, no, the vaccine is not the mark of the beast. Like the microchip that some companies (even in Wisconsin) have decided to use on some employees, I say this is perhaps the technology leading UP TO that day but this certainly isn't the actual mark. I would encourage Christians to settle down on saying this or that is the mark of the beast. If they truly read and studied their Bible, one would realize just how off base they are making a statement like that.