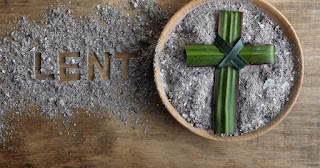 Lent is something that historically has been practiced by methodists, lutherans and catholics. It is the practice of giving up something. According to the BBC “Millions of people do this during Lent as a sign of sacrifice and to test their self-discipline. Christians believe that this is to represent Jesus Christ's sacrifice when he went into the desert to pray and fast for the 40 days before later dying on the cross.”

It is a common thing to give up something that they hold dear. For some it is social networking and others it might be a certain kind of food. My pastor friend said for lent he is giving up prayer and reading the Bible. Of course he was just kidding so settle down.

I have no problem with lent or the people that practice it. What I do have a problem with is the ones that consider it a Biblical practice. Honestly, when someone makes the practice of lent to be a Christian attribute…it is at that moment legalism creeps in.

What I mean by that is if a person judges you on something that is not even scriptural, there is a problem. This is how legalism works. Let’s say a new church starts singing, How Great Thou, Art. A person might stand up when that song hits the chorus. Over time more people will stand and/or raise a hand during it. Well, other people might not stand but if the majority is and said person is not then they are looked almost down on.

This can be said of lent. If you practice it…keep on keeping on. If you do not then that is okay as well. What really matters is that you are serving the Lord.