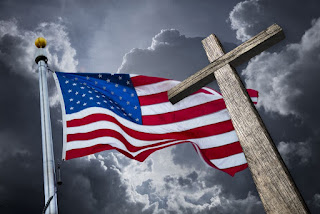 There was a day not so long ago that Christianity’s poster child for off base statements was none other than Pat Robertson. It seemed he would quite often have an unbiblical statement regarding natural disasters, presidential choices, etc.

Since those days which were not so long ago, there seems to be more and more “prophets” saying Trump was going to be the elected president once again in 2021. These are the same people that said COVID would be gone by Easter of 2020 or at the very latest, January of 2021. They were wrong.

Let me back up a bit here. I was raised in a church setting where prophecies were the norm. In fact they were almost expected. Prophecies that were passive aggressive in the middle of the church service that really were nothing more than a disgruntled church member trying to drive their point. Some prophecies came true and were edifying but many more were simply off base by people trying to flow in a spiritual gift that clearly was not theirs to have.

These days more and more people have risen to the surface as “prophets” saying Trump was going to win the 2021 election. You have people like people like white house spiritual adviser Paula White, Pastor Robert Jeffress, Kris Vallotton and more. After reading through the Bible many times, I have no doubt that nothing could stand in the way of God wanting to do His will.

Honestly, I blame folks these false prophets and hyping up a group of Christians that in all honesty have the theological depth of a misquoted Christian meme. It’s embarrassing.

It’s mind blowing but these folks will continue on to lead sheep astray. Dare I quote Matthew 23:15 and say they "make them twice as much a child of hell as they are."? Their ministries will continue to grow and have massive amounts of followers because this points to a larger problem and that is Christian nationalism rather than kingdom minded Christians. I will be honest, I liked what President Trump regarding some Biblical issues.

By definition Christian nationalism is “primarily focused on internal politics, such as passing laws that reflect their view of Christianity and its role in political and social life.” This has many dangers and we have seen it in recent times right here in the United States. Many Christians worshipped President Trump more than God himself and that is a problem.

A kingdom minded Christian is one that puts Christ’s teachings first and actually tries to live that out. Our ultimate allegiance is to Christ’s kingdom. Our love in Christ should exceed our comradeship with unbelieving American patriots, whose numbers are many. Instead we see visceral words and deeds by “well meaning Christians” in order to drive an agenda. A kingdom minded Christian has no agenda other than to live a life worthy of that calling.

I am reminded of the words in 1 Timothy 2:1-3 which states "I urge, then, first of all, that petitions, prayers, intercession and thanksgiving be made for all people— for kings and all those in authority, that we may live peaceful and quiet lives in all godliness and holiness. This is good, and pleases God our Savior,”

We as Christians would do well to remember those words “peaceful and quiet lives”. There is a larger thing going on here and when we act out it really stiffles the work of Christ that far surpasses anything going on in the political realm.

Here is a bold statement but one I stand by, many Christians today are the ones that the religious right of the 1980's (which was headed up Jerry Falwell) would have been thrilled to have. That movement crashed and burned to the ground however. Learn from history and let’s not repeat it.