Day 5 of 365: Building Programs During a Pandemic 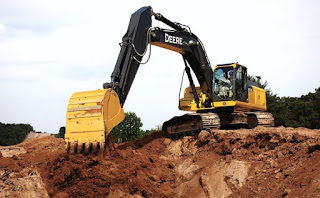 It’s embarrassing really. What’s embarrassing? I am glad you asked. Keep in mind you have decided to read a blog that has been years in the making and it has some very strong opinions. I am not saying they are right but they are mine. Being around the block a few times in Christianity and churchiantiy…I am disturbed by something I have seen happen over and over again during one of the nations most difficult year…allow me to explain.

In 2020 so many people lost their jobs, took pay cuts and could barely get by. It was and still remains a time when the church ought to do what they can to serve yet I see something that really gives me the ebgbs. What I am referring to is when a church enters into a building program or massive remodel at a time when so many attending church are just barely making it.

There have been multiple times where I have seen a church break ground on an entire new building. I can recall a times that I have read where churches are doing massive remodels. In fact one church is putting up a new sign and raising tens of thousands of dollars to accomplish it.

What gives me that icky feeling about all of this is that in order to accomplish something on this scale, a church has to keep the financial goal out in front of the people every week. That means people that might be scraping to get by are being pressured to give towards something for “ministry”. I realize said places of worship will put the disclaimer out there that you ought to only give what you can but I can tell you first hand, if you are a part of a church and don’t give towards a cause it does put unprovoked pressure on the people.

Call me old school but I think during times like what we are currently in, churches ought not be asking for extra but rather simply maintain (in the physical sense). Extra funds that come in should be used to ramp up outreach and be a light to their community. It should be used to keep on keeping on with the current building but certainly not to do anything big physically. I don’t just say this but truly am a part of a church that puts this into practice. Perhaps the better approach would be to wait until this season in life blows over and then pursue such building projects though I think signs costing that much is just embarrassing.

Ministry happens not with bricks and mortar but within the hearts of people as they reach out to each other and their communities during these difficult times.