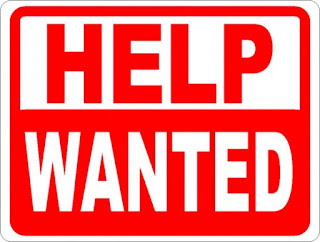 No matter what walk of life one comes from, inevitably there is an introduction to the golden rule "Do unto others as you would have done unto you."  Not only is this a scripture verse found in Matthew chapter 7...it is just a solid moral teaching to live by.

Unless you have been living under a rock or simply have no contact with the outer world, you will know that the Supreme Court of the United States (SCOTUS) narrowly ruled in favor of same sex marriage for the entire country. It is not my desire to dive into personal opinions or biblical convictions with this blog. One does not have to Google very far to find those types of blogs. There is something that does baffle me however, please take a moment to read and let me explain.

When the ruling came down from SCOTUS there was the typical upheaval in churches. This was happening even prior when individual states were legalizing same sex marriages. Some churches and Christians were up in arms about it back then. No doubt they are entitled to their opinion and interpretation of scripture. We have everything from "GOD HATES FAGS" protestors to those that simply will not talk to someone living an alternative lifestyle. This is sad as Jesus has called us to love one another. Again, I will not dive into any other deep discussion on that matter.

There was, however, a large group of Christians who, though let down by the ruling, decided to say, "We are going to love our brothers and sisters regardless." These are people who truly live out the fact that if there is something needing to change in a persons life, the Holy Spirit is going to take care of it. This group of Christians, rather than protest, pray. Rather than trying to make enemies...they try to make friends. These people believe we are all entitled to our opinions. The bottom line is that there are those who are heterosexual but still look at the LGBTQ community as human beings just as deserving of God's love as the person next door. Many have even shown their support on social networking sites and with blogs.

I am wondering when the support from the LGBTQ community is going to go to bat for the heterosexual person/couple and their strong convictions? For the heterosexual person living out the truths of the Golden Rule, it would be great to be treated by the LGBTQ community the same way they would want to be treated. There are many MANY defending the choice of people living an alternative lifestyle, where is the vocal support from the LGBTQ community defending the choice of those choosing a straight lifestyle? This seems like a fair question. We have many people respecting one another's choices and am simply wondering where those outspoken ones from the LGBTQ community are to show support for those choosing to live a heterosexual lifestyle. I think one has to respect someone who, despite what popular majority is, still strives to live out their own personal conviction. I just have not seen blogs, posts, etc. supporting this crowd.


I must admit that it is never very appealing to support someone who is coming across in a very crass way, it does not matter which walk of life you are coming from. If you are treated with a low level of respect, it is understood that you will not be the most zealous to pay that person back. However, I can show you a lot of well deserving heterosexual Christians that ought to be supported by the homosexual community. It only seems fair.
Posted by Bob Adams at 9:36 AM No comments: