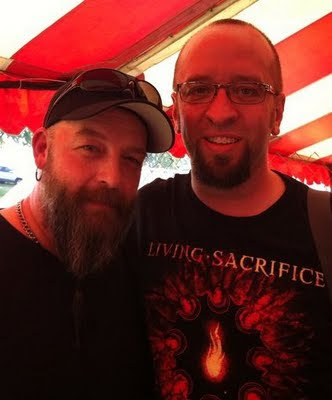 So here is part two in this series entitled, “Oddly Conservative.” One of my great passions is music. Pretty much any kind of music you throw at me I will more than likely enjoy…except (wait for it)….COUNTRY.

Growing up I was never really into music at all until my brother one Christmas bought me my first, Guardian and Sacred Warrior tapes. I was instantly sold and began to listen to more and more Christian music. By time I was 17/18 years old I was DJ’ing for a Christian skate-night my youth pastor and I started. It began with one night a month and rapidly turned into every Friday night from 9 until Midnight at Milwaukee’s premiere skate rink. I formed a great relationship with the local Christian bookstore (while working for another) and began getting all kinds of underground and hard to find Christian music from rock to rap to rave. It was rare if the skate rink didn’t close their doors each Friday night because they ran out of skates which meant 450+ people.

My favorite style of music still to this day is industrial and goth. Everything else I enjoy as well. During my mid 20’s though I began to enjoy more and more of the mainstream stuff as well (I hate the word secular). My collection of 4500 CD’s and cassettes went from ALL Christian to mainstream as well including, Pink Floyd, Ozzy, Phish, Rush, and more. I have and remain very open minded about all things music unless it is a new album from, Brad Paisley.

This is what’s oddly conservative about me in regards to church music. I do not care for in the least classic hymns that are redone to include verses that were never in the original version. I also do not care for beautiful hymns such as How Great Thou Art; It is Well With My Soul, etc. butchered into something that completely sounds like garbage. Now I have heard some classics redone musically and they are phenomenal. The worship leader, Monica Barden at the church I pastor always hits it out of the park when she re-works an old song of the church.

However, when an artist takes an old hymn and adds some new lyrics and breathy or grunting voice behind it…to me it is an epic fail. Now I am not a musician but to add some lyrics to an already perfect song to me shows no creative ability. Where in mainstream pop-culture do you see someone adding a few extra chords to Moonlight Sonata making the new way the standard in which we hear it? Who would dream of adding a few new chords to Canon in D. So why add some lines to, Amazing Grace and throw out some of the original verses?

Call me old fashioned but I prefer people don’t mess with the old songs if it means getting rid of the original wording or music. Many churches probably have not sung the original, Amazing Grace in a long time. I don’t need marketing gurus telling today’s puppets of Christian top 40 what to add or change to make an extra buck by desecrating a pillar of the Christian music scene. Over and over you hear these redos on Christian radio which gets sickening after a half hour of listening. It is my opinion leave the music alone and let the beauty of its original wording and orchestrations still move people like the day it was written.

btw...the person standing in the picture with me is, Eric Clayton of "Saviour Machine." My fav. group that does Christian goth...think Wagner meets Pink Floyd.