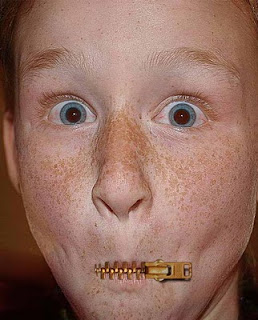 Proverbs 18:16-18(The Message) Answering before listening is both stupid and rude

Proverbs 18:17(The Message)The first speech in a court case is always convincing—until the cross-examination starts!

After reading these, all you can say is…COULD YOU BE A LITTLE MORE BOLD (please note sarcasm)? I believe these verses hold the key too many people acting in a less then flattering way. Basically making a fool of themselves.

There have been two times when people “Christians” have displayed this kind of attitude toward me and family in the past 7 years. One big lesson I have learned in life the past few years is this, no matter who you know and what you go through…you must keep an objective attitude because there is always two sides to every story.

Here is the problem I have discovered however. When something happens to people, church, business, etc. we tend to hear one side of the story right away usually from the party who thinks they have something to prove. Usually, the first story can be very convincing and therefore we go for it. What we need to realize is that the mature party of a scenario will not usually give up there end of the story to just anyone…why? Because I believe even though people may not get along, the one that is truly the mature person or party will not divulge information that would jeopardize the other parties’ character. I have been on the side of not giving up information, and though I lost friends in the process…I knew it was the right thing to do. In fact, we get the attitude of, “I want answers” when in fact, you really don’t if you knew the whole story. And, why would a mature Christian degrade another Christian’s character by divulging information? I think it is okay to vent to CLOSE friends but not beyond that.

I would think that someone who is sitting on the fence, wondering why something happened would objectively say…”hmmm…I guess I have only heard one side of the story…perhaps from the one who thinks they have something to prove. Maybe I have not heard the other story, and maybe I won’t because the other party is taking the high road and will not degrade someone else’s character.” You know, I think if more people did this, there would be fewer problems with Christians, and the attitudes they have toward each other. As Proverbs 18:17 say…what would happen if the cross-examination started?

But, I guess this is the world we live in, Christians living one life at church and ready to rip another Christian a new one when they are not at church. Here is a story I giggle at which prompted this blog… I was at a grocery store today here in Waupaca. I was walking to my car when a former friend that I have forgiven for past hurts told me something rude and quite loud about a problem we went through 6 YEARS AGO! Christ-like? I don’t think so. Causing more harm then good…I think so.

I believe when we forgive someone, it does not mean we have to hang out with people who have hurt us. In fact, the people who have hurt me in the past, I have had no problem in forgiving them. Would I want to hang out with them again? Probably not. I am in fact okay if I go through life not dealing with them again. But, I do know this. We as Christians have an obligation to live in a respectful, loving manner. If you don’t like someone, avoid them…don’t make yourself out to be a “stupid…and rude” person by making ignorant comments.

Just some thoughts that I try to live out in my life as I am sure many people do.