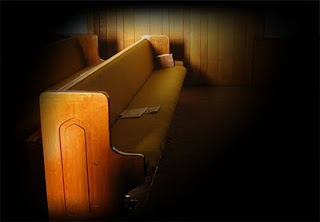 “in 1937 Gallup poll, three-fourths (73 percent) of Americans said they were church members. The number remained virtually the same through the turn of the century. Since 2000, however, that number has dropped to between 63 and 65 percent. (Wow, that’s a 14 percent decline in membership in just 7 years).

But simply being a “member” of a church is very different than actually attending church. Of the two-thirds who claim church membership, only one-third said they attended once a week; 12 percent said they attend “almost every week.”

This got my wheels spinning on a few points. Please feel free to comment as this blog is just my own humble opinion. What intrigues me is that the American church is in decline but in other areas of the world the Christian church is doing great. Here are a few of my opinions why according to this poll Christians love God but dislike other Christians and churches.

1. I’ve said it once and I will say it again, “Christians do not play well together.” Children are trained up from an early age to share and play nice with each other. Where along the way did that fall to the wayside? It’s true, gossip and the like is rampant outside of the church but in the church world it is magnified. Call it a prayer circle if you will or just keeping up on things, but when we talk ill of someone else and spread stories that are not edifying to the person you are talking about…I would have to agree…church and Christians are just not to appealing. We talk about how she looked, what he did, what that church is doing, why that denomination is different. We begin to question and think one is better than the other.

2. Christians can tend to base their standards on feelings or emotions rather than find what the bible has to say. Without good biblical knowledge on life matters, we begin to set the bar to high for anyone to possibly attain. There is also the flipside, that we set the bar to low that there is no need for change to be a Christian.

3. We can be ever so mean. I have been in full time vocational ministry for 15 years and constantly learning new things about how mean Christians can be. Whether it is a person who has held a grudge for many years against a fellow “brother” or “sister” in Christ. It can happen with pastors trying to work together and one acts way out of line. Though I believe with my whole heart that if you attend a church, you should support it with your finances through tithing or offering. It boggles me when I hear people tell me that they were asked to leave their church because they do not give anything. This is something I would consider mean. I personally had crude comments made to me by other “Christians” in the parking lot of grocery stores. I think the one that takes the cake are the times I see people who are “Christians” but will not say hi when I acknowledge them because they ignorantly believe things they hear without knowing the full truth. Those times are priceless.

It is no surprise to me that people are turned away from church. I could write a book on how mean fellow Christians can be. Specifically ones who preach forgiveness and expect people to forgive them but, do not forgive others. I often thought that if I was not a pastor, would I attend a church? And, my answer would be yes. Though Christians are not perfect which I am included in this, the fact remains the same that not everything is bad. We can agree that God is good, and we can make great friendships at church. So, sometimes despite other “Christians” don’t give up on church because God is good and he would never hurt you.