Day 264: Perhaps We Already Are 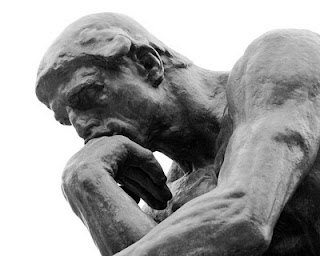 There is a portion in the Bible called the great commission, found in Matthew 28. In this passage, Jesus talks about how Christians are to make a lasting impact on this world by making disciples. There is a precursor to that however where He mentions, “All authority.” This word authority comes from the greek word “exousia.” This power, authority, “exousia” was completely different from what the Romans exercised in those days. The power they exercised was simply coercion and power to bend peoples wills. For the world, this power this authority meant to exercise OVER peoples wills. Jesus though came in and totally revolutionized it. For Jesus this power and authority came by exercising it under people. In other words, to serve other people. For us that are Christ followers it is reflected from Jesus that we are to live a life that when people see it, they say, “That is real.” Mother Theresa was a woman of great “exousia.” In one question, she was asked, “What do you think about abortion in America?” She responded, “If you don’t want your babies, give them to me, I’ll take them!” That is authority from a lady/saint who is very well respected that learned to serve under…not over.

So this authority, “exousia” transcends all petty debates and says: “This is what the love of Jesus looks like in flesh and bones.” This is why the Christian American Right will continue to fail miserably and in the process turn millions of people away from Jesus/Church. In John 18 Jesus continues to talk about how his kingdom is not of this world. The greek word for this word world is cosmos. One great writer suggested that cosmos could be translated as system. In John 18 Jesus and Pilate are having a conversation about “exousia.” Jesus basically tells him that his system is not of this world, it is not about coercion, not about ruling over people; those who have been need love. Jesus did not come with a sword in his hand put rather a towel, to wash feet, to be crucified for us. Now, this is not to say Christians running for office in any political arena is bad…in fact it is brilliant! But, getting groups of people together who say, “If we can get enough people together and force others” is not the way of Jesus. His “exousia” is upside down. It does not come about by pushing people around.

It is of my opinion that as the church we are to comply with this “Great Commission” and go. But how do we do this if Christians only hang out with Christians? How are we to live a life of humility and love if we are only rubbing shoulders with those who have the same world view as you? We should have all sorts of people around us (see Luke 15:1-2). Here is a good barometer to live by. Do people outside the church gather around you or love to be around you? Possibly love what you have to say? Do people “entrenched” in Christianity talk about you even though you may be a Christian and choose to have friends that are still early on in their spiritually journey? Do atheists hang out with you and do Pharisees have an issue with you? If that’s the case…then you are a bit like Jesus. If people that choose not to follow God are attracted to your life by the grace and love flowing out of you. And those who say this is what God is like, here in this box and with all these rules get uncomfortable with you…you are doing really well.

Should we as Christians be telling others about this great way of living? WE ALREADY ARE through our lifestyle and actions we do and words we say. Is it good coming from us? A life that is reflective of who Jesus really is. Or, is it bad and people are completely turned off by us because of who we are? We have a choice to make.