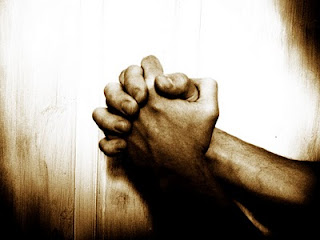 "If my people, which are called by my name, shall humble themselves, and pray, and seek my face, and turn from their wicked ways; then will I hear from heaven, and will forgive their sin, and will heal their land." (II Chronicles 7:14)

It is my opinion that this verse has become a motto among a great number of Christians today. Christians see the world around us and cannot help but wonder what God is going to do with it all. In being confronted with all of this there is a natural desire to see the course of our nation turned around. What is being taught to Christians today is that we can turn the course of our nation around. All that what we need to do is stand on God's promise of II Chronicles 7:14 in order to remedy our national nightmare. So you get a lot of people asking God to fulfill this promise. Why has it not happened yet? How long must this go on? The challenge of II Chronicles 7:14 is NOT a challenge to us today. I believe the promise here is not a promise for us today. See, IN CONTEXT God was dealing with Israel in this portion of scripture. The promise of II Chronicles 7:14 was to them as His nation in covenant relationship with Him. And the challenge was one God gave them, which if they responded to, would cause the curses they were experiencing to cease; which curses they were experiencing for their failures under the law. Hence, by failing to "rightly divide the word of truth," there are a lot of Christians today that are asking God to make good on a promise that He has not made to us. Some Christians are being made to think that God is treating us today the same way in which He treated Israel. And some are being made to take Israel's promises and claim them as applicable to us today. Re-examine this scripture…IT IS A DEEEEEEEEP STUDY.

I quote from an unknown source, “Today we live in "the dispensation of the grace of God for us Gentiles." God's program with Israel is temporarily set aside during this present dispensation. The "new creation," the church the body of Christ, is what God is forming now, and it is NOT a nation with a land on this earth. Instead, the body of Christ has a citizenship in heaven and is awaiting the Lord's return to gather us together unto Himself and to take us into the heavenly places. Neither are we today, in this dispensation of grace, being treated by God like He treated Israel. He has not put us under the law today, but we are under grace. We are not nationally, nor individually, blessed or cursed today depending upon our performance under the law. But such was not the case with Israel in time past. Israel is God's nation. They were under the law. It was the covenant they entered into with God. They were given a land that would be cursed under the curses of the law, if they did not comply with it, but blessed if they did comply. However, comply they did not, and so their land was cursed. It is to that situation that the challenge and promise of II Chronicles 7:14 applies. “

A brief study of the context of II Chronicles 7:14, along with an appreciation for their history up until that time, will show that the challenge and promise is to Israel in their covenant relationship to the Lord. It has nothing whatsoever to do with us today.

Just some thoughts while sitting up with a teething baby.