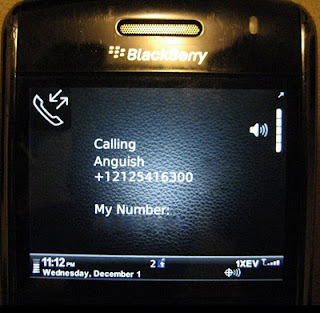 There is a famous sermon floating around out there by entitled “A Call to Anguish”. If you have not seen it, it is worth checking out. I began to see this posted on the internet a few months ago by some rather hard nosed fundies. There take on this placed the speaker at the same level as God…so I thought I would take a listen and in doing so made some notes. I know this is probably one of those messages you just don’t talk about unless it is in a good way because it is a sacred cow but, I am not a sacred cow kind of guy. This message is like the donated communion table by sister Ruth Papoofnik where it is what it is. Do not attempt to move it, touch it, or question it's looks because it has a placard on it. Well, not to be one that just sits back and says “YAY AND AMEN” to some guy generalizing all churches (except his of course)…I thought this “Call to Anguish” is leading me to “A Call to Question”.

Where do I begin with this gem? I have a firm belief that if you are going to call someone out or make broad generalizations about how a certain ministry is doing things…you better be able to be on the receiving end in this blogging, cyber-world. Here are some quotes from this rant of legalism that makes this “seasoned Christian” and “recovering fundie” wince

* He immediately begins to bash churches (in general) for having “Inventions of ministries of man & flesh”.

It never ceases to amaze me how some pastors will make statements like this. Perhaps there are some ministries like this but I have to tell you, I rarely see a ministry where I think “wow…could you get any more worldly?” I wonder what specific examples, Wilkerson had in mind when he made this statement. In Matthew 4:19 Jesus was teaching his disciples how to be fishers of men. I love the outdoors and when someone says to me, “Let’s go fishing”, I have to grab my tackle box. Just because my favorite bass bait worked last time does not mean it will work again. You have to do new things, you must be willing to reach a different crowd. There were these types of people in Jesus time that argued about the way he did ministry, they were called, Pharisees. Why can’t churches just do their thing without someone making a broad generalization on how horrible a churches approach to reaching people is? Oh…btw? Wilkerson’s church has many different events going on, they even copy Saturday Night Lives logo for something they have. Just sayin.

Okay, let’s hang out here for a little bit. Why is that when some Christians read the bible they assume the verses talking about worship and music means it can be garbage? I have literally heard some praise and worship times that were horrible. No one was led into the “throne room of heaven” (yes I am A/G and can break out the lingo when needed) but rather wondering “what the heck is going on with the worship team/sound/etc?” This church where this message is coming from has one of the best choirs and worship teams around. They even make CD’s and sell their music online. I am not saying this is bad in the least but I am guessing they place a very high priority on music. I would guarantee you that if they cut the worship team and placed three people who think they can play an instrument because “God has called them to do it” in front of this church on a Sunday morning that attendance would start to drop. “Music taking over the hosue of God?” Really? Is this not a huge part of the Christian life. Yes I get the “through the foolishness of preaching” scripture and don’t downplay that at all. However, there are many verses that also talk about singing songs/hymns, etc. With excellence even! “A hatred of correction and a hatred of reproof”? This is the standard legalistic line when a proud preacher is not willing to admit there are other ways of doing ministry and they may in fact not be wrong, but not fully right either. Anytime I had to get corrected in ministry and would walk away a bit upset, I heard “You have to be open to correction/reproof” the whole time I am saying “you have to be open to new things.

*"Whatever happened to anguish in the house of god? Anguish in ministry? Anguish means extreme pain and distress. Acute deeply felt inner pain because of conditions about you, in you or around you.”

In the old testament “which a lot of these preachers quote from as examples because they prefer that God rather than what is going on in the new testament” there were plenty of times where people cried out to God. It was to spare a city in which they were doing ministry, etc. There was a necessary purpose for this as God was establishing the foundation. As we progress into the new testament however, I am sorry but I don’t see even Jesus in anguish and pain before he did ministry. The only time we saw that was just before he was about to die. That is exponentially different than witnessing to the lady at Pick N’ Save. There was no crying out in anguish before, Jesus ministered to different people in the new testament. Before, Paul would go into a city…there is not to many places where, Paul “anguished” for the city he was going into. I believe you can stay prayed up and in tune with God from day to day. Sure we all have our off days but I am not sure a day without praying would make me have an “acute deeply felt inner pain because of the conditions” about myself. I am not sure of any place in the new testament where someone was about to do ministry and they were in anguish about the conditions around them.

How does he measure this? How do we know his church is doing the right thing but that "Brooklyn Tabernacle" in the borough of New York…they are passive. Ever think this guy is bashing, Brooklyn Tab with this message? Just sayin…

*“Take that man and baptize him in anguish”

*“Does it bother you at all, that God’s spiritual Jerusalem, the church is now married to the world?”

Again, another broad generalization that makes me sick. As a mature pastor I am quite sure he gets ticked when people generalize his church with others. Why in the world would he do the same? Are there some theologies I could never line-up with? Absolutely. Are there even doctrines I could never align myself with (besides Wilkerson’s)? Yes. To generalize churches causes a great dysfunction in the body of Christ as a whole. "They will no you by the love you have for each other". I believe this guy is motivated by some sad statistic he read in a magazine somewhere and now generalized all the church. How would, Wilkerson define “married to the world” anyhow? What does that look like exactly? If it looks like the way, Jesus did ministry to people who were not “Christians” then yes…count me in on that.

What? My kids watching “Dora the Explorer” is going to send them and my family to hell? NOOOOOOO! You mean because someone comes home after work and are tired so they flip on the television for a while that this is bad? Perhaps, Wilkerson lacks self-control and cannot set down the remote when the “Jersey Shore” is on but here is a classic legalistic approach. When someone preaches their personal convictions because they have some struggle…be very careful. Perhaps he doesn’t have a problem with this but to make a broad assumption is quite crazy. There may be many who are reading this that could do better in doing things that glorify God (reading bible, praying, etc.) I think I Corinthians 10:31 really rings true. That even if you are home watching TV with the family…you can do it for the glory of God. Praise the Lord you are with your family and they are all together. Even if you could do better and I know you are a Christian...do I tell you, you are going to tell because you watch, TV?

*"Is what I said convicted you at all”?

*"True prayer life begins at the place of anguish”.

Again, what does he mean by this? Before my child says “dear God” before a meal should I spank him because he really ticked Jesus off today by not picking up his toys and God wants him in tears before he talks to him? What kind of theology is this? As a father if I demanded my kids to be in such anguish before they came to me to ask for something….I would be in prison for emotional abuse. Prayer does not always begin at a place of anguish. It certainly can but does not always have to be. If someone is going to define, David’s prayers in Psalms of prayers of anguish…they would be mistaken. Those are prayers of outright transparency of both happiness and anger. Then again, if David was on staff at some churches the board would tell him "you have a rebellious heart and need time with God."

*“Don’t tell me you’re concerned when you’re spending hours in front of the internet/television.”

Again, it goes back to the old statement that Christians cannot multi-task. Don’t believe me? It is preached often that “when you are at work…you need to break away for 5 minutes and pray to stay in touch with God.” So many of these messages are preached that it really makes us, the Christian, foolish looking. Hey Wilkerson, tell your internet/IT guy this because it is his full-time job. “you’re not concerned because you are spending hours in front of the internet.” Poor guy would lose his job for what he was hired to do.

I put this video out there on Facebook a while ago and many others punched holes right through this message. This is in no way a personal attack because I am quite sure, Wilkerson is a nice guy. It sickens me though when people post this kind of stuff with such broad generalizations. I know this blog might go over like someone saying “I cannot stand the song ‘I Can Only Imagine’” but it is my opinion and I am sticking with it.

I cannot stand "I Can Only Imagine".