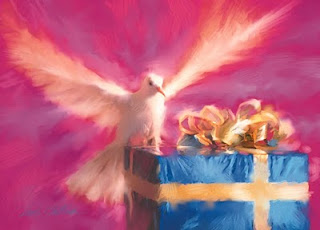 I (and am sure you as well) heard many a preachers/teachers tell us there are many spiritual gifts that people can have. I am not talking about the fruits of the spirit or what some would call the “five offices of the Holy Spirit…Apostles, Prophets, Teachers, Evangelists, and Pastors”. I am talking about how we in churches can tell someone, “you have the gift of discernment or hospitality, etc.” I am not sure this is a bad teaching because who are we to limit what gifts the Holy Spirit gives out? I will contend however that I believe one thing that can have a negative connotation in today’s society can really be a spiritual gift if used correctly. What would that be? Sarcasm. Now you may be doing a double take on that ideal but please allow me to explain. As you read through the Bible, sarcasm is not limited to the mean ones; ordinary people, leaders, and even God/Jesus may occasionally indulge.

I put some study into this and each time one of the “good guys” of the bible used sarcasm a great thing happened. We can learn quite a bit about the character of the Israelites from their way of asking Moses for help seven days after their triumphant exodus from Egypt. They began to freak out a bit because Pharaoh’s army was approaching while they were finding themselves facing the Red Sea. This perplexed them and the nation of Israelites asked Moses (Exodus 14:11): "Was there a lack of graves in Egypt that you took us away to die in the wilderness?" This sarcastic remark actually should shed for us much light on their character. It would seem that humility and prayer might have been a more appropriate response in a time of great danger than sarcasm. However, what happened? A great move of God to save them.

Another example is found in the prophet Elijah while he was taking on rival priests of Baal. The rival priests went first. They shout to Baal all morning long, to no effect. Elijah interrupts their non-productive prayers with perhaps the first insult-comic routine in history, a hilarious, slamming attack on Baal and his silence. "At noon Elijah mocked them, saying, 'Cry aloud! Surely he is a god; either he is meditating, or he has wandered away, or he is on a journey, or perhaps he is asleep and must be awakened.' " Reading this, you can imagine exactly what kind of man Elijah was—brilliant, blunt, and sarcastic.

God is sometimes sarcastic, especially when upset or “at wits end” with the Jewish people, who continually test Him. When the Jewish people, who were engaging in idol worship, cried to God about the neighboring peoples (such as the Philistines) who were oppressing them (Judges 10:14), God told them: "Go and cry to the gods which you have chosen; let them rescue you in the time of your torment." This sounds very mortal-like, much like the woman saying to her husband who has strayed and then wants to return: "Now you come to me. Why don’t you go back to …" Also, parents have said similar words to children who return when they need help and realize that their "best" friends are not there for them in times of trouble. By using sarcasm in this way, the text makes God seem more understandable and less aloof. Apparently, even all of the characteristics of God do not prevent one from being hurt by straying children.

While returning from Moab, where she lost her husband, two sons, and all her wealth, Naomi said to the residents of Bethlehem (Ruth 1:20): "Do not call me Naomi [which means the pleasant one]; call me marah [the bitter one]."

Job became quite sarcastic after his life became miserable and the Book of Job is riddled with sarcastic remarks. Job’s explanation regarding the righteous person that suffers was (Job 12:4): "The completely righteous man is a laughingstock." Job demanded to confront God and know the reason for all his suffering. Job’s wish was granted, and God said to him (Job 38:4): "Where were you when I laid the foundations of the earth?" Or, in other words, when you create your own world, then you can tell me how to run mine.

Can sarcasm be a negative thing? I sure think so. However, can sarcasm be a good thing? I would like to believe so…sometimes that is the only language some people will listen to. I have left many other examples out of those in scripture INCLUDING JESUS that were very sarcastic. So is it a spiritual gift? I cannot say for sure and it may be a light-hearted discussion, but what I do know is that some are really good at it while others try so hard and fail. I personally think there is a time and place for it, if used wisely it can be a great tool.