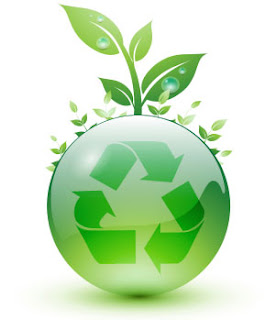 Some people believe that Christianity is anti-environtmental. When they hear the word "Christian," an image is conjured in their minds of people who are extreme right wing, ultraconservative, death-sentance-loving, NRA-member, cut-down-the-rain-forest, ditto heads.

As with many assumptions, there is some truth to this, but not for all Christians. The problem is when people make statements that have no biblical basis. For example, James Watt, who was the U.S. secretary of the Interior under President Ronald Reagan, made it clear in his article, "Ours Is the Earth," that he viewed the earth as "merely a temporary way station on the road to eternal life."

None of these charges of anti-environmentalism stand up to scripture found in the Bible. God's personal involvement in the process is evident from the Bible's second verse. Six times God affirmed that the creation was good in his sight throughout the first chapter of Genesis. The idea that man is free to destroy God's creation is at odds with God's obvious enjoyment of his creation taught in Genesis. Not only does God own everything and know every creature, but he cares for and provides for the physical needs of his creatures. Take a look at Psalm 104.

At the creation of man, God commanded that humans in Genesis 1:28 take control over the earth and rule over the animals (see Genesis 2:15). Having dominion, however, does not mean to pillage and plunder, but to take care of the earth and its creatures and resources. The nature of man's dominion of the earth is clarified in Psalm 8, which says that man is to have dominion over all of God's works on the earth. Protecting creation is not just the responsibility of nonfaith-based organizations, but should be the responsibility of Christians as well.

What most people don't realize is that Revelation 11:18 will open our eyes to how we are to take care of the earth. The bible declares God's pleasure in his creation and his care for all the created things on earth-both plants and animals. God has given man the task of caring for and protecting his creation and earth.

I, for one, am a Chrsitian who believes God is green and wants us to care for the blessing he has gvien to us all. Have I arrived on this issue? No. There are times when we run out of room in our recycle bins and I tell, Tracy.."I am going to stick it to the man and throw it away in the other container!" But, she wrangles me in. In the large picture however...it is a good practice to get into.
Posted by Bob Adams at 2:52 PM