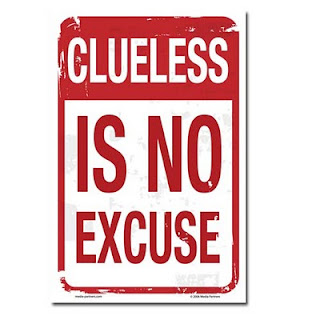 Last week I received a message from a someone in my facebook group that told me "this past Sunday my pastor asked me what twitter users were called. I told him 'a tw@t'. I felt kind of bad for him that Sunday, you see, he was going to tear down social media in his message and told the church...'I think Facebook is one of the tools of the devil and I certainly don't want to be a TW@T with Twitter.' I felt bad about that yet chuckled as did about 20 other people who heard the pastor say that word. He is so out of touch so I knew he wouldn't catch on." Though I don't condone this, I do find it slightly humorous.

One of the issues that I notice to be of great importance to any pastor/staff pastor is to stay current with culture today. Now I know right away that statement raises an eyebrow with those reading this. I suppose one could throw the scripture at me in Romans 12:2 which says " Do not conform to the pattern of this world, but be transformed by the renewing of your mind." which really is an ignorant understanding of scripture if you are going to use this verse to defend not being culturally savvy. All one would have to do is read the Apostle Paul's work and see where there are quote marks. Many times Paul is quoting pagan leaders/authors. Jesus uses examples that were relevant to his time. On and on we see examples of people in the bible being culturally savvy. Sadly though we see many that share in our churches as socially retarded people. If they are not in their bubble of Christian friends/small groups/church families and not talking about Kirk Cameron's latest movie...they have nothing to carry on a conversation with which ends with them judging what they do not know. Talk about "Fireproof" and they are all over that movie. If you bring up "Clash of the Titans" than a debate about Greek mythology takes place which usually ends up in tearing the movie apart and any who have watched it.

A couple of years ago we had a guest speaker in at our church who in the middle of an annoyingly long message says, "but you kids just like to listen to your music...Guns N' Roses and Def Leppard." Just like the true story that I opened with, when a pastor makes that kind of error or is culturally irrelevant like the comment in this paragraph I guarantee you that more people will remember that than the rest of your message. One of the best compliments I have received as a pastor from a person who genuinely meant it was when she called me a "worldly pastor". She did not mean it in a negative way but rather a positive way. For me it is a gimmie that you have to be steeped in the scriptures to deliver a message with truth and integrity. However, just like Paul, Jesus, and others in the bible...it is important to remain culturally relevant. I am not sure where this idea came about that we have to only use the bible in our messages. Yes that should be the anchor but if in new testament times people said, "you can only preach from the Torah" then we would not have some of our most profound messages today. The bible only adds richness and depth to our examples we use from culture. Preach a message only using pop-culture and it will fall flat. Preach a message using pop-culture infused with scripture...YOU HAVE A WINNER!

Am I saying you have to be a pro on everything out there? NO WAY! It would be almost impossible to do so, however if you are going after a certain topic in a message...do some research. Do you want to know what is popular today with music? Go to iTunes and see what is being downloaded the most, go to the billboards website and see what is popular. The same can be said for books, etc.

Here are some ways I stay up on pop-culture, perhaps this may be a help to some.

1. If you are a iPhone or Android user I would suggest the "People Magazine" app. This will let you know a lot about what is going on in the entertainment world. Other good apps would be "Fox News" or "CNN" and "New York Times". These help so you can stay current on events happening today when you engage people in conversation. These things can also help you find a direction on where to go with a message.

2. Subscribe to magazines. When I was a youth pastor I subscribed to Rolling Stone to see music trends. Music is such a big part of tees lives so I thought I better keep up.

3. Daily I will go to yahoo.com and in the upper right you can see what is currently trending in news and entertainment on yahoo.

4. Blogs! I cannot say enough about blogs...start reading them and find what is out there. You will find new insight and perspectives on things that will fuel your sermon or confirm things.

5. Local newspaper: This is an important one on a local level to get a feel for what is going on in your community. There are some great ways to use the local paper as a pastor.

6. I would have to say this last one would be Facebook. A person can get a good read on what is going on which can give you as a pastor some direction as you see what people are dealing with from day to day. You will be able to help others and others will be able to help you in this social network.

I understand that sometimes as pastors we don't want to look "worldly" so people don't wonder about us. How many times have you heard a youth pastor/pastor say, "there was this scene in a show on MTV. NOT THAT I WATCH IT...A friend told me." It will enhance your ministry if you at least stay current with what is going on. I recall a few months ago when a church talked about me in their message (it is seeming to become a regular occurrence). This pastor said something to the affect that "this Pastor Bob is going to be doing a message from Pink Floyd...a heavy metal band from the 60's or 70's). Many people listened to this guys message and all they could say was "since when was Pink Floyd a heavy metal band?" Even if a pastor does not care to know all the ins and outs of a certain thing, if you are going to talk about it at least educate yourself on it. It was Jesus that said, in Matthew 10:16 to be wise as serpents but gentle as a dove. When we become wise on culture (not saying you have to live out everything you here, read, look at, etc.) you will have some credibility with people. When those in bible times knew how to relate to people by using terms, quoting authors, etc. while they spoke, I am quite confident they captivated their audience. This way the church knows you did your homework and you won't end up calling yourself a "TW@T".