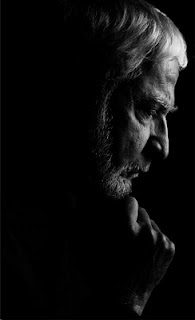 Last night as I was sitting in the recliner with all of the house lights off pondering and listening to God when my iPhone notified me of an email at 11:55 p.m. I picked it up and noticed it was not an email address I was familiar with which meant someone did not have the nerve to give their name either. All it said was, “I have read your blogs, I don’t know what is like to experience what you went through in ministry but why don’t you get over your past hurts and move on?” This got me thinking quite a bit. Have you ever noticed people who do not have smartphones or texting features on their cellphone? They will look at the ones who have it and try to take it away, crack jokes, pretty much tell you why it is ridiculous why you would even have one. They do this UNTIL they finally get texting or a smartphone and now cannot put it down. Fact is they don’t mind waiting a half hour for a good seat at the Texas Roadhouse on a Friday night because they now have the world at their hands…a brotherhood is formed and now they truly understand what they have been missing. I know it is geek talk but it is true. I am not sure how I made it this far in life without my iPhone 4.

I am pretty sure the same rings true for those who have been beat down by the church. After you serve under one pastor that admits to having an affair and somehow manipulates the board to give you a hard time…that is a difficult thing. I remember my last message had to be approved by the board in which half didn't even show up for my last Sunday. What makes it more difficult is to take another position and within a year the same scenario plays over again. Being completely beat down by less than Godly board members and situations that would not fly in the secular business world…it can drive a person crazy. You don’t expect that kind of behavior from anyone LET ALONE IN A CHURCH!!! When I had Pastor Ted Haggard in to speak at Radiant Fellowship back in November of 2009 he validated all of my feelings and really encouraged me and my staff. We will always walk with a limp after that kind of thing happens.To tell someone who has suffered mental and verbal abuse in a church of all places to "get over it and move on" is like telling a verbally abused spouse to brush it off and move on. Why? Because you don't expect to get abused by your spouse and you certainly don't expect that kind of treatment in a church either.

It was really during those times that some of my good friends ended up bailing on me because you think I talk about the situation now? I have tamed way down compared to what I would say to those who I thought were my friends. These were friends who were in ministry as well but never experienced anything bad so they could not comprehend it. It resulted in people dropping me as a facebook/myspace friend, the phone calls stopped, and many quoting scripture and asking how my walk with the Lord is. I was thinking how backwards this really is. The person who could not keep their life in line is the one everyone is rallying around and the one who has maintained moral integrity which is reflective in their character and ministry is the one being pummeled. This does not make sense which is why I lashed out and made my case very clear. It is a learning tool for anyone that is on staff at a church. I CANNOT WAIT to share this stuff when I speak at seminars this summer on how to survive the ministry. I actually believe it is okay to talk about this kind of stuff because it helps people understand what Christians and "the ministry" can really be like. Just like the technology…once someone who has everything going in ministry experiences ungodly doings in the business end of church life…they to will begin to talk about it. They will soon find out there is a sub-culture of people like this who can really relate. I think out of these experiences came great groups like “Free Believers Network” and “That’s Not my God.”