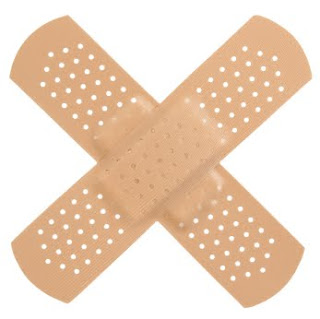 I heard an interesting addition to the process of forgiveness today. I was watching "Luggage", a Rob Bell NOOMA DVD, and he suggested that until you are able to look at someone who has wronged you and wish them the best in life, you haven't truly reached a state of forgiveness. It's one thing to say "I forgive you". Not that that's an easy step either. That step alone could take years. But to then look at the person (either figuratively or literally) and tell them that you want the best for them and that you hope their journey is 'blessed'--that's a whole different thing. Our natural inclination is to wish they get what they deserve, and not in a good way. We usually want that person to suffer for what they've done, or at least pay the toll. But that's a call for vengeance. That's a sign that you haven't truly let go of your bitterness or resentment. You haven't really forgiven them.

A week or two ago I bumped into someone who used to be a friend of mine back in Milwaukee in the late 90's. This person was in Waupaca, I waved and said, "hi". All I got was a scowl, a shake of the head and looked away. Now I know exactly why this happened...things got out by that pastor and some board members/staff in a vicious rumor that I somehow left a very detailed letter on a pastors desk that called him out for having an affair. After he got this letter and before the resignation he took me for a ride and told me some very detailed things that would never get out in public. It still won't through my lips. However, people bought into this lie from these less than Christians which put me in a bad light. People can be simple minded...they were more convinced that I wrote this letter which had to be HIGHLY PROPHETIC due to what it called this pastor out on rather than the fact their pastor is meeting women on the side while leading a church and conducting pre-marital counseling. This resulted in many people turned against me and in the right company are still dead set against me. We have forgiven each other due to an email on my part, but forgiveness is a TOUGH thing.I do pray the best for him and his family. This chance encounter in Waupaca reopened a wound that was healed and unless you go through something like this...you may or may not ever understand.

Would we want God to treat us that way after we've completely disappointed or hurt Him? Would we want Him to forgive us and then say, okay, now hopefully something bad will happen to teach you a lesson? Doubtful. We'd want Him to forgive, let go of the wrongdoing, and move forward with good things for us. It's a good final step and a good test to see if we've truly reached a state of complete forgiveness. Not sure if I've reached that place in all areas of forgiveness in my life.