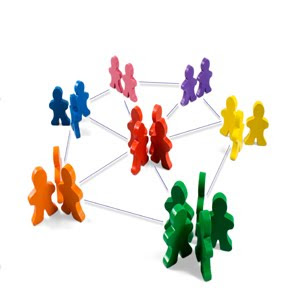 Have you ever heard the phrase as it pertains to getting a job in the working world, "it's not what you know it's who you know"? This can seem to be an unfair rule in life especially if you are a "nobody" by the job worlds standards. The fact is that you will find it difficult to find a professional career unless you know somebody. This can be good because it is good to have a good reference but it can be bad as well for the one who does not know anyone.

Since this blog is written to pastors to be as well as anyone else that stumbles across this blog...the same can be said of going into "full-time ministry." I have said it before that I have a tough time with that lingo...personally I think it is "vocational ministry". If you are a Christian then you are in full time ministry. It always amazed me as I was working towards my credential to become a pastor that some people because they had a certain last name, was a part of a college group, or was on staff at one of the "larger" churches...they could pretty much write their own ticket. This did not give me a whole lot of hope as a early 20's person wrapping up school in a non-traditional way through a program called, "Urban Bible Training Center." I among a handful of other people were the first ones to take this course in Milwaukee back in the mid 90's. After I overheard one of the powers that be say..."it is the cheap and easy way out to get your credential" I did not have much hope in getting a position somewhere. Clearly if you were going to go someplace in my city you have to be a North Central University graduate. I did not see the sense in spending all that money to become a youth pastor when in fact after graduation you will be left with a MOUNTAIN of debt and a position somewhere where you will get part-time pay at best. My first position as youth pastor actually started as no pay...but I stayed for 8 years and ultimately got full time (by ministry standards lol.). So, I decided to get the same education at a price where I can simply write a check and get great classroom teaching while I actually did ministry and mentored under a pastor.

Back in 1992-94 I was the DJ of a Christian skate night my youth pastor I began. It originally started with one Saturday a month for a couple of hours. Another roller-skate place in town heard about it and asked us to do one as well, this quickly turned into a every Friday night event from 9-midnight. Why? I was playing some of the newer stuff that you heard on the radio but I also played ALOT of black gospel, underground, rap, trance/house/rave music as well. All Christian of course. There was a church that came consistently from the southside of Milwaukee...it was another A/G church. Long story short the pastor remembered me a few years later when he was looking for a youth pastor because of what I did at skatenight seeing 450+ people each week coming to this thing...alot of Christians but even more non-Christians. This pastor was also friends with my youth pastor and so you see...it was not what I knew but who I knew.

I always tell people that I am a PK (polishers kid) which really left me with no networking and here is an example of "you be yourself" and someone will see the genuineness in you. It is funny that after I was youth pastor for 8 years I was still being passed up for some great opportunities. It was not until I began working for an Assembly of God district official that all of a sudden people were buddy buddy with me and the opportunities afforded to me were coming in left and right. From being a speaker at a camp for many years in a row to speaking engagements at other churches...it was kind of cool. I would often times tell, Tracy though that "it sickens me that this is all happening because I am serving under a 'somebody'". This is why I would bring new youth pastors in to help me on these high profile gigs because I was never afforded that opportunity because I was the youth pastor from that little ghetto church in Bay View. Well, fast forward a couple years and I am no longer working under that pastor and now the very people that supported me or wanted to be "friends" were now people turned against me due to situations.

If you have to get someplace by puckering up, don't do it. Let me encourage you to be yourself in ministry and someone will be able to see straight to your heart because you have no walls or facades up. YOU ARE YOU AND THAT'S WHAT MAKES YOU APPEALING AT LEAST TO THIS PASTOR.