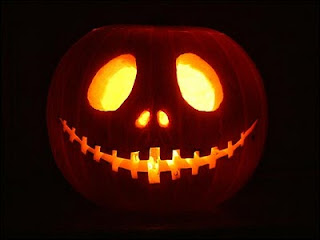 So this is the time of year that I will never understand in some churches. When I became a pastor I had a hard lesson to learn at the end of the first year as a 22 year old. You see I began in February and thought I had a grip on how they (board and leadership) thought. Fast forward a few months to October and I planned to have a get together at the church. The only problem is that I was using orange paper! You may be asking yourself, “What is so wrong with using orange paper?” Well, when you run orange paper through a printer which uses black ink at the end of October…IT’S THE DEVIL because it is Halloween time. I remember this because I put a lot of time into making this flier back in 1995 and ran off 200 copies on the church copier. After a few of the “powers that be” saw these I was asked to throw them out and use a different color paper. I am guessing it would have been fine in March.

This was the time of year when I would receive tracts on “The Dangers of Halloween” and more. It really made me wonder why churches and their leadership would spend so much time each year talking about how evil people are for carving pumpkins, handing out candy, or doing church Halloween outreaches. I just want to tell those that harp on these things and point out the faults of Christians who do have fun with it to simply….SHUTUP! I am guessing these are the same kind of people that think they are the only way and their church is the ONLY church and all other churches are shams.

It is so liberating to see churches like the one I am a part of to look at Halloween as not an evil thing but rather an outreach opportunity. This Sunday all of our kids will be coming dressed up to church…it will be fun. I can only hope that all the boys come dressed up as Oompa Loompas. So dressing up as a hobo, Elmo, Princess, Zombie, etc. is evil? No…evil is much worse. It is probably a safe assumption that true Satanists don't dress up as Bob the Builder on Halloween. I can own a pumpkin, set it on my porch but the minute I carve it…it is evil? Those people who think so need their heads examined.

I just don’t see it. Ever since that time with making copies on orange paper I have always thought those in the church I was at that had an issue with those copies had issues themselves. Attention Christians…have fun and use this time of year to reach people. Don’t listen to those who are living a legalistic lifestyle. They are miserable unhappy people who will never be able to be pleased and will ALWAYS find fault no matter what you do that might be a little on the edge. If they think churches doing outreach at Halloween is evil…what until they get a load of the Christmas series at Radiant Fellowship. We are reaching the unreached on this one! Video to be posted facebook Sunday afternoon!