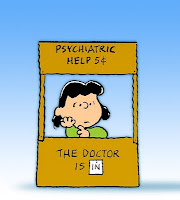 I had an interesting conversation the other day with some people regarding the role of a pastor. Actually the conversation was based on the assumption of what people think a pastor does all week versus what a pastor really does all week. I know that many don't think the pastor just prepares a message for Sunday and that is it. The fact is many people still have that mindset though.

In this conversation with some people, they assumed they knew just about everything going on at church. As we were conversing, I was interrupted with someone at my door regarding an issue they are dealing with. After I talked to that person and scheduled a time to meet, I was asked "is that normal?" I responded..."What? For people that do and do not attend church to come to the office and poor out their troubles and want them fixed?" They responded, "yes." I simply said, "if it is not in person than it is in email, phone call, skype or facebook. Yes...in fact it happens more than you are aware of. Perhaps every day someone is sharing with me their troubles. Some expect me to fix it and some just want someone to talk to." You could tell that what they thought they knew about pastor and the church was only the tip of the ice-berg. Though a pastor does not have to go according to the rules of confessional...people will tell us some deep things and expect us to keep it quiet. I respect their wishes.

The life of a pastor can be VERY easy at times. In fact as, Reggie Dabb's once said, "I cannot believe I am getting paid to do this." Those days are great but there are also many days where you get into the trenches with people and help them through their struggle. Sure it isn't factory work or hard physical work but mentally it will drain a person. The funny thing about a smaller church is that you could be counseling one moment and the next running to the church in order to be Mr. fix it. Nothing irritates me more than a member (we call them partner) of the church pointing out what needs to be fixed and doesn't lift a finger to do it. Believe me...I had one tell me a light bulb was out and another that said "we need more toilet paper in the men's room." A pastor wears many hats which is why I value my Mondays. Yesterday I had 8 phone calls come to me personally or the office. You know what I did? I ignored everyone of them! It is my day to have a Sabbath and let people worry about their own troubles so that I can stay mentally sane and be ready to go for the rest of the week and weekend.

That is just a glimpse into the life of a pastor. It is a calling not for the weak at heart but rather one that truly not only has a family to run but also helps many others as well. I wouldn't trade it for the world but people need to go easier on their pastors and staff pastors. Unless you are one...you would be surprised at what freedoms and personal things a pastor gives up in order to be a pastor.