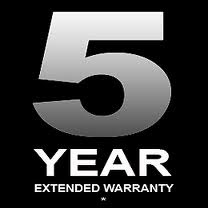 Tonight I am sitting in dark room re-watching a movie again that I saw awhile ago. The movie is entitled “It Might Get Loud.” It is a movie about Jack White, Jimmy Page, and The Edge. They sit around and talk about the history of guitar playing and where they are at now. This kind of kicked my sentimental side in as I am coming up on my 5 year anniversary this Sunday as the pastor of Radiant Fellowship. I realize I am not the only pastor that went through the times of joy and pain. However, maybe you reading this might be motivated to stick with what you are doing after you see what I have gone through. The following is the reason I celebrate this milestone…it has been the toughest thing I have ever went through.

My life change began in October 2003 when my picture perfect world of ministry as a youth and associate pastor came crashing down. The pastor admitted he had an affair. Leading up to this there was this TBN (Trinity Broadcasting Network) mentality that came with the purchase of our new church that we could not afford. That is neither here nor there; the powers that be made my life as a pastor there a living hell so I decided it was time to leave. There was a fear that with the rapid growth the youth group and college ministry had…that we were potentially starting our own church. What? So….when the pastor resigned, it was the district secretary/treasurer of the Assemblies of God that came to “uninstall” him. That night we had a church board meeting, keep in mind I was the associate pastor…I was asked to leave that meeting. I was glad to leave. During that time this person that uninstalled the pastor I once worked under asked, “So what are you going to do next?” Why does it seem the ones who maintain a level of integrity end up being the ones punished? I wanted to stay in the worst way but saw there was no way I was going to be able to do that. I will never understand that mentality. I told this guy “I am open to anything.” After interviewing and being offered the job of youth pastor at an A/G church in Germantown, WI we decided to join this new church plant in Waupaca, WI. The district secretary/treasurer started it and we would be a part of this new work with ALL THE FREEDOM we wanted.

Fast forward a year and this new church called Radiant Fellowship was birthed. It was up to 30 people on a consistent basis and things were going well. That was until the pastor wanted to take me for a ride to talk. This was the same thing the pastor in Milwaukee did to tell me about his moral failure. I had chills because I thought, “….expletive….this is happening again.” Sure enough….it happened. The board at that time decided to appoint me the interim pastor. THIS IS WHEN ALL HELL BROKE LOOSE. See the pastor could not remain in the pastor position while legal things were going on, and I was asked to do this on an interim basis. This decision was made by the Assemblies of God district office. Last I looked a pastor has to make decisions and when I did, the two staff members lashed out at me like none other. They literally had people believing that I voted the senior pastor out of the church. Oh, how easily simple minds are swayed. If I did vote this guy out of his position…I often say “let it go on record that I was the world’s most powerful youth pastor.” But the same people that this staff would talk about behind their backs in hurtful ways now were on their side. I am still baffled to this day about that. It was the last week in August of 2005 where I was asked, “Should we keep Radiant Fellowship going with 8 people and a mortgage or shut it down?” To be honest, I was ready to lose my cool and tell the whole thing where it can go. However, though politics in a church can utterly make God throw up…the ministry side of this little church was awesome. Those who were mature enough in their walk saw right through this garbage for what it is. I remember the last staff meeting we had with the founding group. You see I am not savvy with words and so when I was being attacked at this last meeting…I was about to blow my stack verbally. My wife was crying and I had enough until my friends who are still a part of the church came to our side. It was then we decided we were going to stay. So, the last week of August 2005 was my first Sunday of this severely damaged church plant that had to be restarted after one year of existence.

As the weeks went on with this fresh start we had a worship leader and that was it. She played piano well and was really great for what we needed then. The tough part came when the church dropped a couple more people. To this day there are only 3 original people from the beginning days. One of the biggest things weighing on my mind of course was finances. Here is a new church with a severe black-eye on its reputation in our city…where do we go from here? Through all that I have mentioned, God has given me awesome strength to make it through. Trying to pastor a church where the old staff still lived proved to be a daunting task. I would literally bump into some and get ripped into whether it was a Pick n’ Save parking lot or in the middle of Walgreens. I have no doubt I should have seen a therapist for all I went through...it would have been good. The first year afterwards I did not attend the district council meeting because there were other pastors (some still are) very mean to me. Luckily I have good friends and very supportive wife. I am not sure what it was but I kept seeing the potential in this city for this small church. This city is only 5500 people so news spreads quick.

I praise the Lord for where we are at today with a part time worship leader, youth pastor and me being full time. This church has grown to 80+ and has an even larger internet ministry. Our little church generates more than 5000 hits per month! One former district superintendent for the Assemblies of God told me a few weeks ago that Radiant Fellowship is an awesome niche church whose best days are still ahead. I AGREE!

This Sunday marks 5 years at this great church and we are just getting started! Balding, gray hairs, etc. all signs of stress but I can truly say that now I have never had more fun in a church! We are seeing growth and God is doing some awesome things here. Here is to another awesome 5 years and MORE!!!!